This is a walkthrough for the first area of Future Connected, the epilogue of Xenoblade Chronicles Definitive Edition for Nintendo Switch. For a map of the area, as well as boss strategy and other tips and tricks, read on!

The following side quests are available at this time: 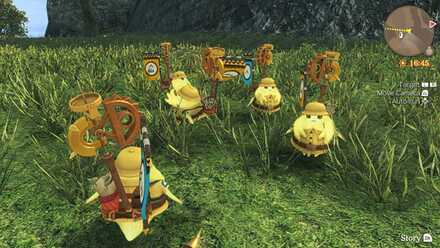 While the other sidequests are great for getting money, having the Ponspectors on your side in battle is going to be incredibly useful. Try and complete all of their quests to add them to your team and get a hefty experience boost! 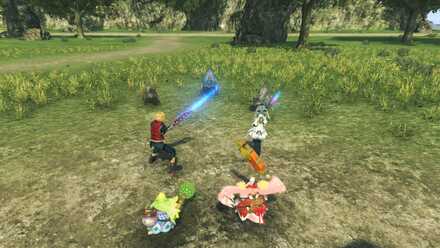 Take Down the Leg Volffs

This is your first fight of the epilogue so it isn't too difficult. Focus on the Leg Volffs first to get them out of the way before tackling the leader of the pack.

Before the battle starts you'll be given the option to switch up your party. To keep the focus away from your character of choice, swap Nene for Shulk or Melia so she can draw away enemy attacks. This is especially useful for Shulk so he can use his position-based attacks for more damage to quickly take out the Volffs. 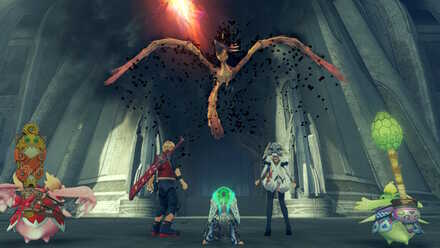 Snowal Talos has pretty low HP for a boss and doesn't do much damage, so pick your preferred party setup and hit it hard with Shulk's Back Slash to take it down quickly.

Post (0 Comments)
Opinions about an article or post go here.
Opinions about an article or post
We at Game8 thank you for your support.
In order for us to make the best articles possible, share your corrections, opinions, and thoughts about "Epilogue: Future Connected Walkthrough Part 1" with us!
When reporting a problem, please be as specific as possible in providing details such as what conditions the problem occurred under and what kind of effects it had.