When is Xenoblade Chronicles Definitive Edition for the Nintendo Switch going to be released? This page will detail the game's official release date, as well as available purchase options.

When Will Xenoblade Chronicles Definitive Edition Be Released?

On March 26th, 2020, Nintendo of America revealed in a tweet that Xenoblade Chronicles: Definitive Edition will be released globally for the Nintendo Switch on May 29th, 2020. At the time of the announcement, the game was also made available for pre-purchase through the Official Site.

While you will be unable to play the game until its May 29th release, it has already been made available for preloading, so you can buy it, download it, and enjoy it as soon as the game goes live. Note that downloading to your console will require 13.7 GB of space. 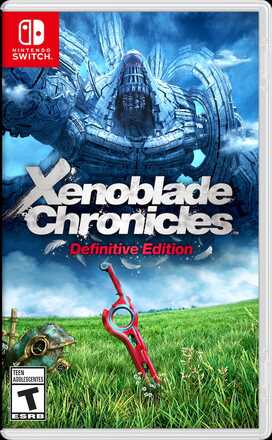 The standard physical copy will be sold by participating stores, available for $59.99 USD (not including tax). At the present, many stores may not be operating, so you can instead order it from their website. The following list displays verified carriers in the US. 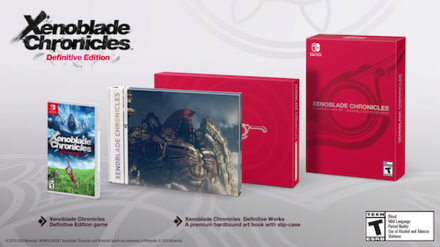 A collector's edition of the game, titled Xenoblade Chronicles Definitive Works Set (Xenoblade Chronicles Definitive Edition Collector's Set in the UK) will also be available for physical purchase. This upgraded set includes the game, as well as an art book that contains 250 pages of game illustrations. It will be made available at the same time as the standard release.

The bundle will go for $79.99 USD (plus tax). It can be found at Gamestop, Amazon, Target, as well as Best Buy, although it is currently sold out by most retailers.

Register as a member and get all the information you want. (It's free!)
Login
Opinions about an article or post go here.
Opinions about an article or post
We at Game8 thank you for your support.
In order for us to make the best articles possible, share your corrections, opinions, and thoughts about "Xenoblade Chronicles Switch Remake Release Date" with us!
When reporting a problem, please be as specific as possible in providing details such as what conditions the problem occurred under and what kind of effects it had.