Chapter 5: Colony 6 and Ether Mine Walkthrough

Ether Mine Landmarks and Locations

Do Not Fall Off The Mechanism 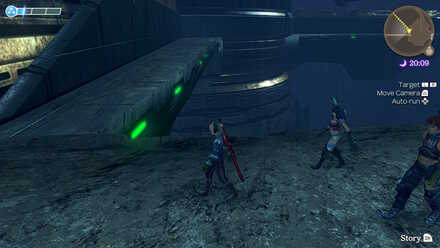 When climbing down, there will be a lot of moving parts and jumping obstacles. Falling down will mean you restart back at the nearest landmark, which can be quite far away and a pain to restart. Be careful while traversing.

Use Area of Effect Attacks in the Caves 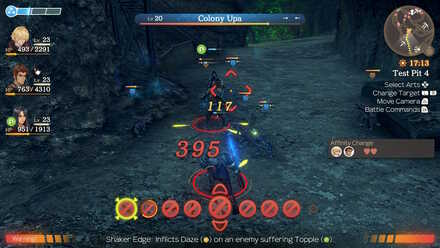 The space of the cave is tight and narrow, meaning enemies will be clumped up together a lot of the time. Using Area Attacks will be very effective in these situations is basically guaranteed to damage all enemies.

Fill the Map/Collectopaedia and View Heart-to-Hearts

After defeating the boss and leaving Ether Mines, certain areas will become inaccessible, so make sure to complete the map/collectopaedia and view all Heart-to-Hearts on the inside while you are still there. 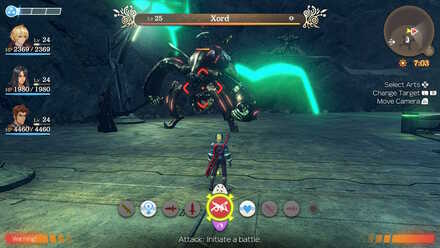 You will fight Xord twice: once at the bottom of the pit, and another time on the freight elevator.

Use Chain Attacks To Break Xord

Xordd will resist all attacks and Break Arts at first, though they will go through if done during a Chain Attack. This will trigger a cutscene and allow you to escape to the freight elevator.

During combat, Xord will summon Mechons to fight alongside him. Using Arts on these Mechons and achieving their bonus effects builds the Party Gauge, allowing for a Chain Attack on Xord.

Xord's physical arts hit hard, so it's worthwhile to use Speed to increase survivability, especially for Reyn who should be tanking most of the blows.

His attacks can either charge or reach wide, so make sure to have a lot of space and be prepared to dodge.

In order for us to make the best articles possible, share your corrections, opinions, and thoughts about 「Chapter 5: Colony 6 and Ether Mine Walkthrough | Xenoblade Chronicles Definitive Edition」 with us!