Fiora's goal is of course to raise her tension for Final Cross. She also has useful debuffs that can get you through the first wave even without a good party setup. Once her tension is maxed out, focus on keeping it high at all times and filling the party gauge for Chain Attacks. Zero Gravity, Spear Blade, and Double Blade is your primary way to increase the party gauge without relying on Burst Affinity.

With a party leader that focuses on toppling the enemy, it won't come as a surprise that other characters that can topple easily such as Dunban and Reyn should be your other party members.

Topple them, then beat them up. These are the core arts your party members should have. Putting Belgazas, Abaasy, and the other super bosses during this round on an 18 second topple is a sure way to swing the tide of battle to your favor.

They are weaker than their true counterparts, so one or two rounds of toppling skills and then focusing on damage arts is enough to bring them down.

The above rank VI gems are highly recommended for this challenge. Night Vision, Topple Plus, and Spike Defense in particular, are must-haves in this fight. Spike Defense is needed to be able to put Belgazas in a topple position, which can allow you to survive their assault during the third wave.

Time-based buffs are also extremely good. Just make sure to adjust the time before accepting the challenge.

Make sure to equip skills that boost your stats if you're fighting high leveled enemies. You will be pitted against enemies whose levels are way above the level cap so these skills are pricess during this challenge.

Chain of Friendship and Ultimate Teamwork

Skills that boost the chance and damage of Chain Link are a must-have.

Friendship Heals and Shoulder to Shoulder

HP is a scarce resource in a team composition like this. Fiora's problem can be alleviated by amping her critical strike chance together with her Critical Drain, but the same doesn't apply to the others. Equipping Skills that heal the whole team after a Chain Attack allows the party to press on (and on and on).

This battle is filled with enemies that can use nasty debuffs. You're in for a hard time without Debuff Resist gems, but it is still doable. Keeping your Tension and Party Gauge up and utilizing burst affinities and Chance arts are the key to victory.

You can get an S rank by completing the Challenge before the 6:00 mark.

This wave will be extremely tough without a proper party setup or Debuff Resist gems and Spike Defence gems. Bugworm alone can severely damage the team with its poison. Focus on taking them out one by one and building Fiora's Tension up.

Immediately use a Chain Attack against Immovable Gonzales once you're in position opposite to Territorial Rotbart. This will cause your Final Cross to hit both of them at the same time. Your Chain Attack move should be used in this order: Air Fang-> Wild Down -> Steel Strike -> Final Cross. Hitting both Gonzales and Rotbart with a x3 multiplier for Final Cross is massive and should be enough to get you that S rank. 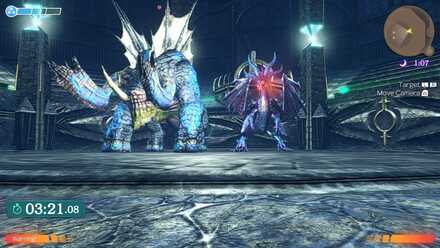 Use the same strategy from Wave 2. Position yourself where Abaasy is placed behind Belgazas to hit them both with a Final Cross. Another trick that will happen here is that, due to Belgazas' huge body, Abaasy will be blocked and will not be able to approach your party if you were able to position all of them to your side. This will make the 2v3 fight into a 1v3. 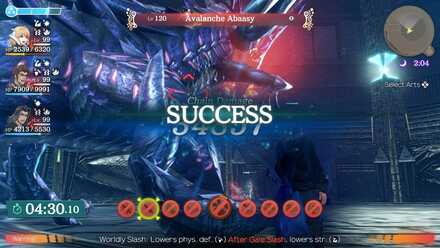 Try to avoid letting Belgazas get free from being toppled to prevent it from entering a Crazed status. Once Belgazas has been toppled, see to it that it dies before the topple ends. Build your party gauge again, and unleash your full offense against Abaasy to end the fight.

Post (0 Comments)
Opinions about an article or post go here.
Opinions about an article or post
We at Game8 thank you for your support.
In order for us to make the best articles possible, share your corrections, opinions, and thoughts about "Uniquely Disadvantaged Time Attack S Rank Guide (Free Mode)" with us!
When reporting a problem, please be as specific as possible in providing details such as what conditions the problem occurred under and what kind of effects it had.