This page is all about the new enemy type, Fogbeasts, in the epilogue of Xenoblade Chronicles: Definitive Edition (XC1). Read on to find out what separates them from other enemies, their special abilities, and how to take them down! 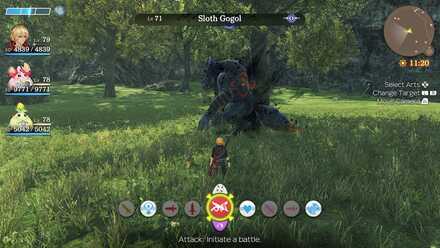 Fogbeasts are regular enemies that have been imbued with the power of the Fog King, increasing their level and giving them more strength. You can tell a Fogbeast apart from a regular enemy due to the blac aura that surrounds them and the special icon above their head. Like Unique Monsters, they are powerful foes that should not be taken lightly, and will reward you with rare loot and an Arts Coin upon taking them down. Appearing midway through the epilogue, there are a fair number of Fogbeasts around, so hunt them down and claim your rewards!

Power Up Nearby Enemies 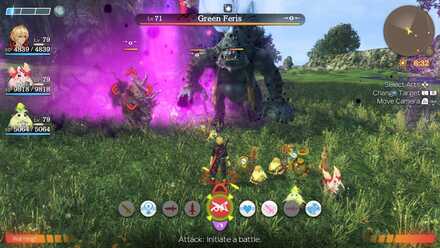 One of the main things Fogbeasts can do is draw in nearby enemies and power them up with a Riot Surge. Even after the Fogbeast has fallen, Rioting enemies will continue to have an increased level and strength, but using Shulk's Monado Purge or Melia's Mind Blast which inflict Aura Seal will remove the effect and return them to normal. Be careful when taking on Fogbeasts, as the range in which they will attract allies is quite large and not limited to enemies that aggro normally.

Post (0 Comments)
Opinions about an article or post go here.
Opinions about an article or post
We at Game8 thank you for your support.
In order for us to make the best articles possible, share your corrections, opinions, and thoughts about "What are Fogbeasts?" with us!
When reporting a problem, please be as specific as possible in providing details such as what conditions the problem occurred under and what kind of effects it had.