What Carries Over to New Game Plus? | Xenoblade Chronicles Definitive Edition 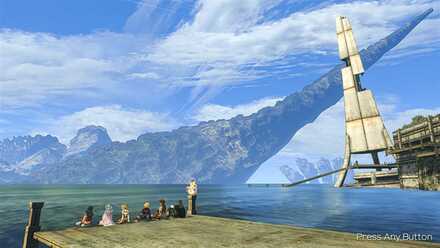 This is a guide to the New Game Plus (NG+) feature in Xenoblade Chronicles: Definitive Edition (XC1). Read on to know what carries over to New Game Plus, what doesn't, new game plus features, and whether New Game Plus is worth it or not.

What is New Game Plus?

A New Playthrough With a Previous Save File's Progress

A New Game Plus is a common feature among video games. Not all new game plus share the same features, but what they do share in common with each other is that most of them use your progress from your previous playthrough and add it to your new one.

What Carries Over to New Game Plus? 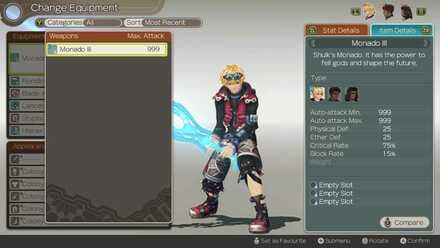 You can have all of your character's current equipment for your new playthrough. This includes Shulk's weapon that is obtained before the final fight. Recruitable characters will also show this equipment during cutscenes.

Additionally, Shulk will start with Monado, meaning he loses his Junk Sword and original Talent Art.

All Items, Gems, Cylinders, and Materials 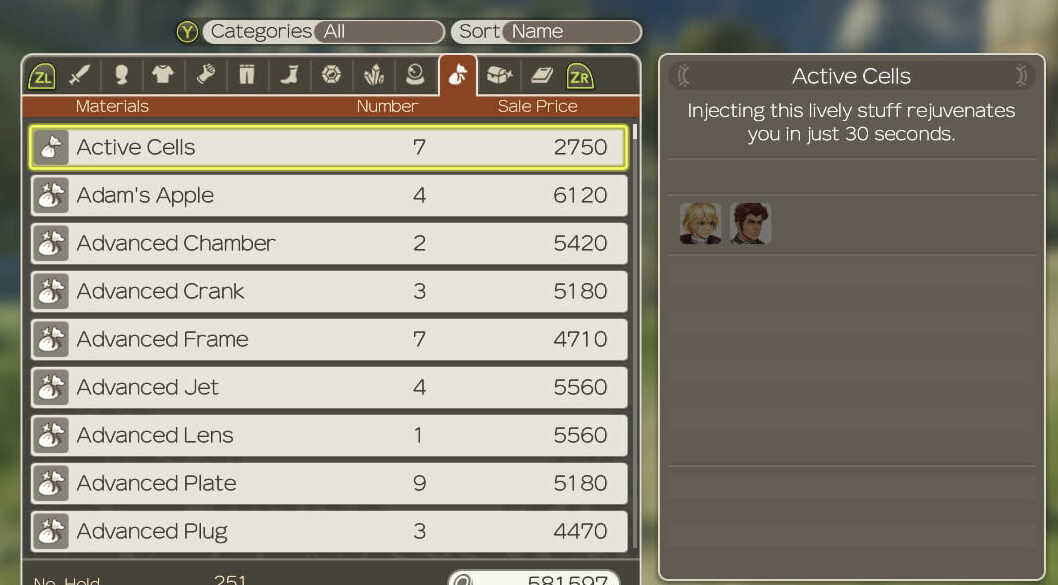 All the hard-earned items you obtained in the game will carry over in your new file. You no longer have to farm rare gems to craft your dream equipment set.

Your collectopaedia will remain as it was at the end of your playthrough, so you won't have to search for new items each area this time.

Your characters will retain their levels from when you beat the final boss, so you won't need to do any level-grinding. 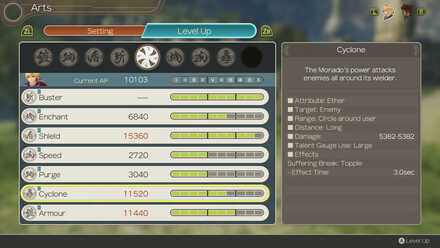 Only Monado Armour is carried over in this Screen Shot since Monado Eater wasn't learned in the previous playthrough.

Monado Armour and Monado Eater both get carried over to your new playthrough if you have obtained them from your previous save file.

Additionally, skills and learned skill trees for each character also remain. Together with levels and art levels, this allows for a grind-free playthrough.

All Weapons and Armor 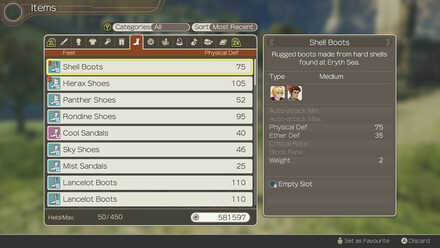 Yes, all weapons and armors carry over during a new game plus! All those hard-earned equipment you get by felling the strongest enemies are carried over, so you won't need to buy new ones.

The affinity between party members will carry over. This means that if you didn't max all affinities in the first run, you can try grinding affinity with a different party!

All the gold you gained from your previous playthrough is carried over. You won't have to farm subpar gears and gems to have things to sell, since you'll be loaded from the get-go.

What Doesn't Carry Over to New Game Plus?

Key Items play a major role in the story's progress. Obtaining them anytime will ruin the pace of the game, so they cannot be carried over.

You will have to uncover the map again during your new playthrough. Maps will be blank again so get those legs walking!

Your party's affinities with each other will carry over, but it's another story for NPCs and locations. You will have to get to know everyone again and do several quests to raise your reputation and affinity with each friendly establishment.

Unique Monsters will give an affinity coin when they have been slain once during a single playthrough. Your affinity coins will carry over but the counter will not. This will allow you to get more affinity coins and equip more Skill Links with your other party members. 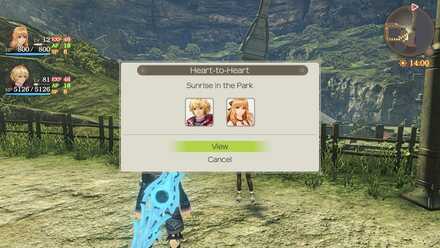 Previously seen Heart to Hearts can be viewed again. This is easier to complete, since your affinity points from your previous playthrough is carried over.

Colony 6 Reconstruction is not carried over. However, since your materials and items do carry over, it will be much quicker and painless to do this time!

As mentioned above, only Records carry over, so you'll have to redo any Trials from your first run.

Other New Game Plus Changes

After clearing Xenoblade Chronicles: Definitive Edition for the first time, you'll be able to view this new title screen showing all main characters. It's a small addition, but a neat reminder of your hard work. 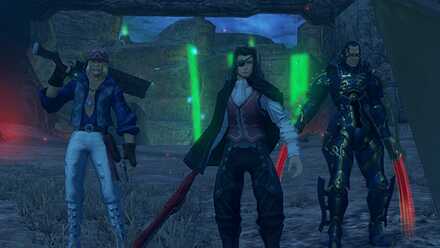 Characters that hold an antagonistic role in the game reveal their real look during cinematics. Take Mumkhar's Mechon form for example during the first scene in the game.

The Ultimate Weapon Cannot be Changed

Shulk's final weapon can only carry over once. You will also not obtain other Monados like the Monado Replica and the first Monado anymore. The scenes where Shulk will obtain the Monado are still there but it won't go into your inventory.

Dunban Won't Wield the Monado During the Game 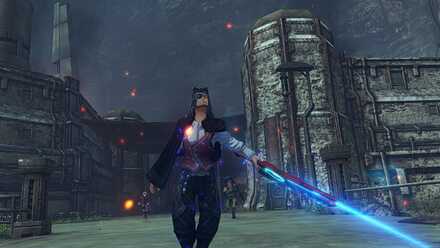 During scenes, Dunban will still be shown to wield the Monado. During the main game however, such as when Dunban wields the Monado while Shulk still couldn't, is gone.

Since you have already mastered the game by this point, tutorials will be skipped over automatically! However, they are still viewable from the game's menu screen, in case you need a refresher!

Is New Game Plus Worth It?

Worth it for completionists

If you did not complete the game 100% the first time, it will be much easier to do the second time, due to the fact that you will be so powerful from the start. You can also make use of Expert Mode to lower your levels if you want a fresh start with some perks!

Playing on NG+ will make it very easy to take down super bosses, and if hunting all of the unique monsters, completing quests you missed, and securing the landmarks for all areas is your thing, it is very easy to do on NG+, since you will be so familiar with the game.

Worth it if you want to enjoy the story grind-free

Xenoblade Chronicles has a heavy focus on its wonderful story, and at some point, you may wish to enjoy it again. For people who just want to enjoy the story, without needing to worry about leveling up or grinding AP/SP, etc, NG+ is a great way to do it! Since you will be able to slide through the game without any grinding at all, the game's length will be drastically shortened.

In order for us to make the best articles possible, share your corrections, opinions, and thoughts about 「What Carries Over to New Game Plus? | Xenoblade Chronicles Definitive Edition」 with us!