This is a walkthrough for the fourth area of Future Connected, the epilogue of Xenoblade Chronicles Definitive Edition for Nintendo Switch. For a map of the area, as well as boss strategy and other tips and tricks, read on!

The following side quests are available at this time:

As the main goal of this part is to fight the Fog King, there isn't much else to do but try and complete any remaining side quests, Collectopaedia entries, and Quiet Moments. Go for 100% completion! 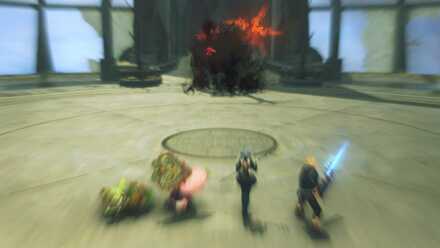 The Fog King has no set level and is the final boss of the epilogue. Buff yourself with Monado Armour if necessary and proceed as usual.

Take Out the Fog Knights

The Fog King's first order of business is to summon 2 level 75 Fog Knights. As extra enemies can cause more trouble for your tank, get rid of these quick. They are vulnerable to Break so knock them down and finish them off.

Red Comet's blaze damage is incredibly strong, especially if you've recruited all of the Ponspectors. Once you have a full party gauge and you aren't in danger hit the Fog King with Red Comet for massive damage.

Save a Union Strike for Phase 2

Fog King becomes significantly stronger during the 2nd Phase of the fight. Saving a Union Strike can save your party during a Pinch. 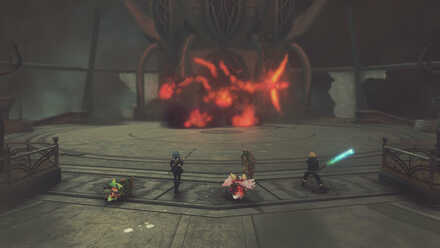 Just when you thought it was over (but it's never that easy in a JRPG),get ready for phase 2!

Knights of the Round 2

The Fog King will summon Fog Knights yet again, only this time there will be 3 of them. Repeat the strategy from phase 1 and focus the King again. If you take too long during the fight 3 more Knights will be summoned.

Use Blue Carress Against Mist Press 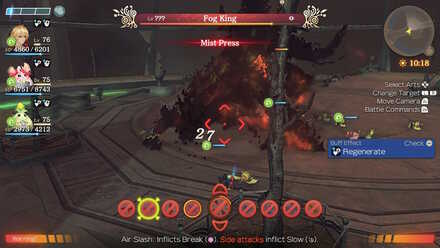 You can walk your dog, cook a meal, eat the meal, and return to find that your party is still toppled.

Fog King can Topple your party for several seconds and this can be lethal. Timing Blue Carress will give your party a Health Regen buff that can save your party from getting wiped out.

Watch Out For Mist Charge

When the Fog King uses Mist Charge, it will store energy and release it all with its next attack. Make sure your party is topped up on HP or this could take you out.

While Yellow Chaos is great for taking out the Knights and halting incoming damage, just like phase 1, Red Comet will deal a lot of damage to the Fog King.

In order for us to make the best articles possible, share your corrections, opinions, and thoughts about 「Epilogue: Future Connected Walkthrough Part 4 | Xenoblade Chronicles Definitive Edition」 with us!