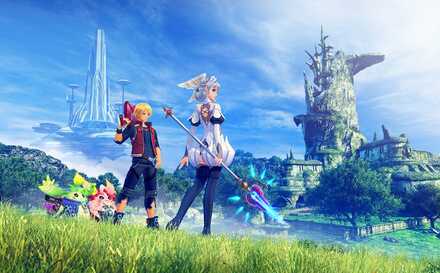 This is a page on whether or not you should play Future Connected, the new epilogue included in Xenoblade Chronicles: Definitive Edition (XC1). Just spent over 100 hours in the main game and aren't sure whether or not the epilogue is worth your time? Read on to find out or impressions and decide for yourself!

Should You Play Future Connected?

If you enjoyed the story of Xenoblade Chronicles and want to see more of the world after the events of the main game, the short answer is yes! With a whole new area to explore and some new battle mechanics, fans of the game will want to invest the 10-20 hours required to see the epilogue through to the end.

It goes without saying that more Xenoblade is never a bad thing, but having played through the epilogue ourselves, we'll be listing what we felt was done well and what didn't work as great while going through it.

The Bionis' Shoulder is the Perfect Size 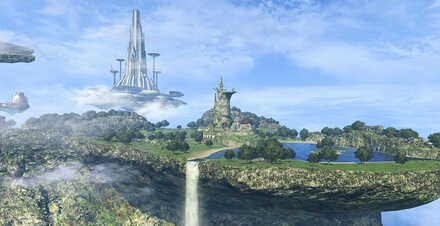 The Bionis' Shoulder is a well-sized zone that is filled with places to explore and doesn't feel like it's large for the sake of being large like the Bionis' Leg. You won't often feel like you're spending most of your game time running across an endless field because the landmarks are too spaced out, either. With plenty of nooks and crannies with things to find and monsters to take down, the Bionis' Shoulder is what Xenoblade zones should be like. 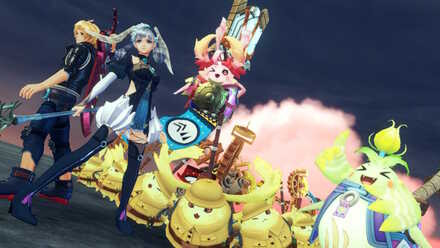 With the introduction of the Ponspectors, Chain Attacks are out and Union Strikes are in. Chain Attacks, when executed the right way, had the potential to be powerful, but to some players they can come off as obtuse and not all too useful outside of toppling bosses. Union Strikes are much more straightforward and the effects are immediate. All of them deal damage to every enemy in the vicinity, making them great against large groups of enemies where you'd normally be overwhelmed and their main effects can really help in a pinch. 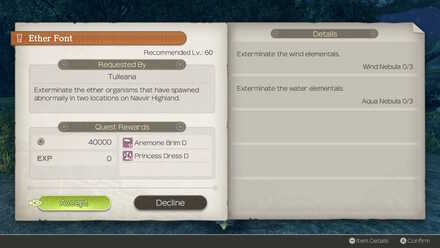 For completionists out there, the amount of side quests and the monotony of hunting down all sorts of enemies across large areas for hours on end isn't always fun. And with Xenoblade Chronicles, if you ignore every side quest, there's a good chance you'll end up underleveled and stuck on boss fights. Future Connected rectifies this by spreading out 41 side quests over the entire game. If you compare that to chapter 1 of the main game, you end up with almost 40 side quests in a matter of hours exploring Colony 9! The decrease in side quests allows you to go off the beaten path just enough but not get too distracted from the story. 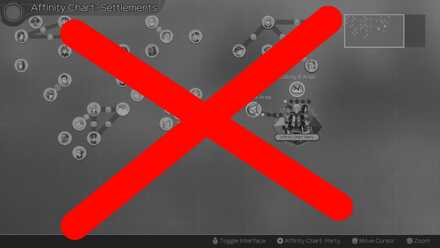 To some this may actually be a pro rather than a con, due to the complexity and whatnot involved in completing it, but its absence means that trying to figure out when NPCs are active or inactive comes down to your own guess work. The lack of Affinity Chart is by no means a reason not to play the epilogue, but those who enjoyed it in the main game may notice its absence.

This is obviously objective and comes down to how many side quests you end up doing, but we noticed a severe lack in challenge throughout the main story. Most boss fights are just Fogbeasts, slightly stronger regular enemies, and they have low HP and do little damage. Doing no side quests or using Expert Mode to limit your experience will help provide a little more of a challenge, but even doing every side quest in the main game didn't guarantee your victory against some boss fights. A final boss should feel menacing and not go down in 30 seconds! On the plus side, this does make it a little more accessible to those who may have struggled with the difficulty of the main game.

Slight Story Spoilers Ahead!
While the epilogue itself is only 10-20 hours depending on how much you choose to do, the story itself can sometimes feel rushed or strange. The lead up to the finale comes quite sudden and while there are a handful of cutscenes, things seem to get pushed along quicker than they should. Another issue is that one important character's arc is resolved in an anti-climactic side quest without any voice acting which feels strange for a Xenoblade game. That aside, the story still ends on a satisfying note and makes you wish you could spend more time with the characters and see how they continue to adapt to the new world they've created.

With all that said, Future Connected is a worthy conclusion to a great game that develops Melia more as a character among others and provides a wealth of new content perfect for returning players or those just finishing the main game. Sitting at only 10-20 hours long, it's only a fraction of the time required to complete the main game so anyone who needs more Xenoblade Chronicles should jump right in!

In order for us to make the best articles possible, share your corrections, opinions, and thoughts about 「Should You Play Future Connected? | Xenoblade Chronicles Definitive Edition」 with us!