This is a walkthrough for the Mechonis Field section of Xenoblade Chronicles Definitive Edition for Nintendo Switch. For a map of Mechonis Field Landmarks and Locations, as well as boss strategy and other tips and tricks, read on!

Weapons with Anti-Mechon in their names can dish out damage against Mechons without the Monado Art Enchant. This type of weapon is really helpful, and can allow Shulk to focus on damaging enemies without worrying about buffing his friends.

Fiora's weapons can deal damage to other mechons without enchant (similar to Anti-Mechon weapons). Keep this in mind if you're going to include her in your party. 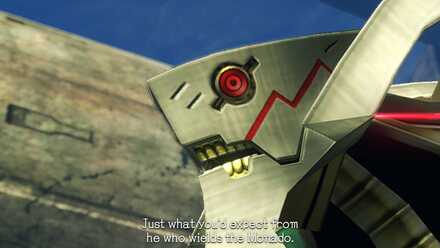 A long-range boss that uses Sniper against the party. The battle ends as soon as Jade Face's HP falls to around 75%. Try to get in range with your attacks against Jade Face to end the fight quickly.

Build up the Party Gauge

The Party Gauge can be built up by attacking the Mechons in the vicinity. This will be extremely helpful when approaching Jade Face.

Hide Behind the Walls 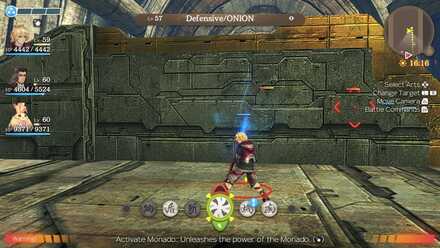 Hiding behind the walls will prevent Jade Face from sniping its target. Use the command feature to make your allies follow you if Jade Face targets them.

Use a Chain Attack to Approach Jade Face

Once a Chain Attack initiates, all characters will immediately approach the enemy regardless of distance. Once you can target Jade Face, initiate a Chain Attack and all your party members will surround Jade Face.

The main problem with this fight is his long range sniper, which can slowly whittle down your party, or worse, defeat it. Tankers would be sitting ducks with their HP slowly going down against Jade Face's snipe attacks. It is better to rely on party members that have healing capabilities to sustain your party against his long range attacks.

Register as a member and get all the information you want. (It's free!)
Login
Opinions about an article or post go here.
Opinions about an article or post
We at Game8 thank you for your support.
In order for us to make the best articles possible, share your corrections, opinions, and thoughts about "Chapter 13: Mechonis Field Walkthrough" with us!
When reporting a problem, please be as specific as possible in providing details such as what conditions the problem occurred under and what kind of effects it had.