Learn how to beat Pukei-Pukei in the game Monster Hunter World (MHW)! This guide explains everything about Pukei-Pukei's weakness, carves, rewards, and a complete strategy guide for beating and capturing it. Find out what parts are breakable and severable, and what drops and Monster materials are available. 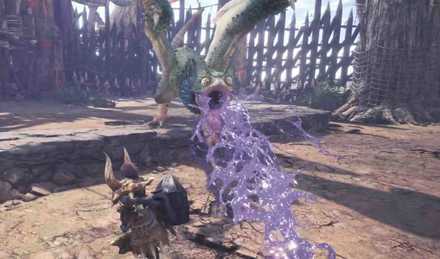 Pukei-pukei can hurl out a poisonous mucus that will instantly inflict you a poison ailment if you manage to get hit. This will gradually decrease your health for a short amount of time.

You must always bring an antidote when hunting for Pukei-pukei to immediately cure any poison ailment of his attacks. 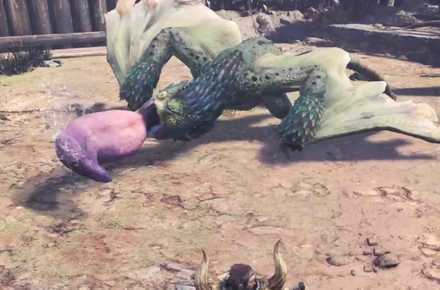 When Pukei-pukei is enraged, he will sometimes continuously attack with his tongue which can deal a huge amount of damage if you do not have high defense. It is best that you position yourself behind Pukei-pukei and aim for his tail to avoid these tongue attacks. 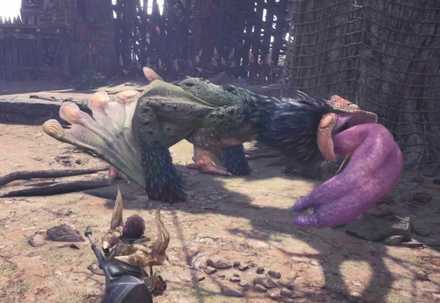 Pukei-pukei can activate his poison state after he eats during the hunt. In this state, Pukei-pukei's poisonous attacks are strengthened and his movements are now harder to predict.

You can release Pukei-pukei in this state by shooting a Flash Pod directly on to his face or hitting his head with any type of slinger ammo to flinch him. 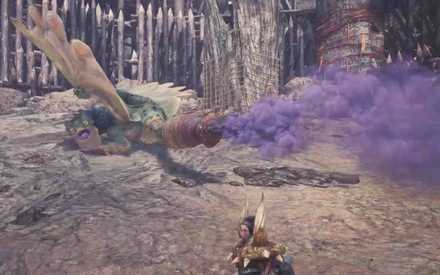 When Pukei-pukei is on his second stage of his poison state, he will be able to use one of his most powerful attacks. He can spray a large poison breath cloud that can take a huge chunk of your health. However, this can be easily avoided because of the long windup, you will have enough time to move away and position yourself better to deal some damage from afar.

Register as a member and get all the information you want. (It's free!)
Login
Opinions about an article or post go here.
Opinions about an article or post
We at Game8 thank you for your support.
In order for us to make the best articles possible, share your corrections, opinions, and thoughts about "Pukei-Pukei Weakness and Strategy Guide" with us!
When reporting a problem, please be as specific as possible in providing details such as what conditions the problem occurred under and what kind of effects it had.