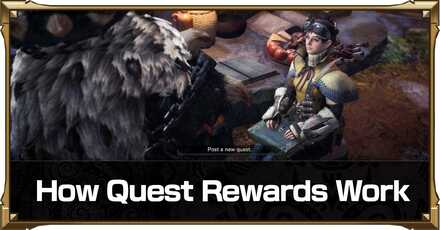 This is a guide about how quest rewards work in Monster Hunter World (MHW). If you would like to know more about the various rewards systems as well as how to maximize your post-hunt rewards, read on! 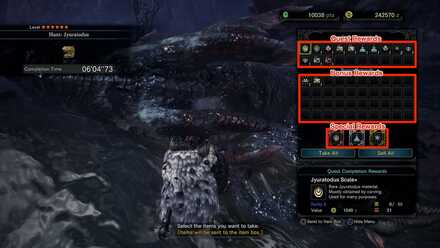 Quest rewards are items and materials the hunter gets for finishing quests by hunting, capturing, or repelling monsters in Monster Hunter World (MHW).

They are obtained at the end of the quest when all conditions are met. There are three sections in the rewards screen that gives quest rewards. These sections are basic quest rewards, bonus rewards, and Palico rewards.

Each section has a guaranteed minimum number of rewards and getting more than that is luck-based.

Also, basic quest rewards can be maximized each time by using a Lucky Voucher so use it when you can! 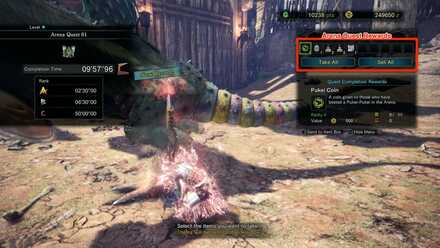 Arena Quests are quite different from the usual quests in Monster Hunter World (MHW) hence the reward system is quite different as well. It does not have bonus rewards or palico rewards, only a set of basic quest rewards.

What are Investigations in Monster Hunter World?

Also, investigations are limited to a certain number of hunts so plan out your farming schedule wisely! 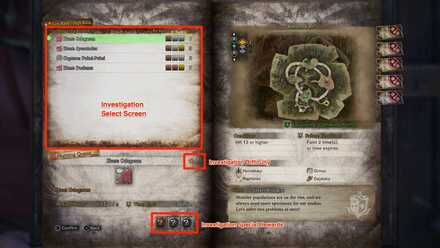 Normal Investigation rewards scale with the difficulty of the quest. This can be checked at the quest selection screen indicated after the quest name.

There is a chance for special rewards from investigations indicated at the bottom of the quest selection screen in three rarities: bronze, silver, and gold. This represent the rarity of the monster material it could give, with bronze giving out the least rare materials and gold providing the rarest like plates and gems. 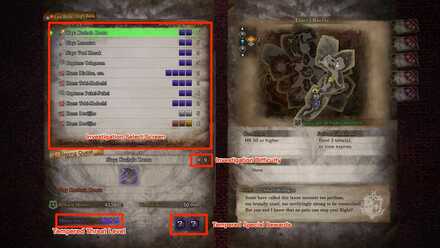 There are also special types of investigation quests that feature Tempered Monsters. These have three difficulty levels indicated by purple flames, 1 being the lowest risk and 3 being the highest. The higher the flame, the rarer the rewards.

Post (0 Comments)
Opinions about an article or post go here.
Opinions about an article or post
We at Game8 thank you for your support.
In order for us to make the best articles possible, share your corrections, opinions, and thoughts about "How Do Quest Rewards Work?" with us!
When reporting a problem, please be as specific as possible in providing details such as what conditions the problem occurred under and what kind of effects it had.