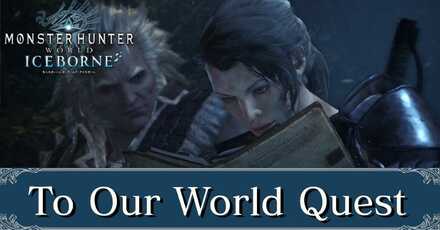 Interested in learning more about Artemis and The New World Quest in Monster Hunter World (MHW)? Keep reading for more information, tips and tricks, and a plot summary of the Monster Hunter movie crossover quest! 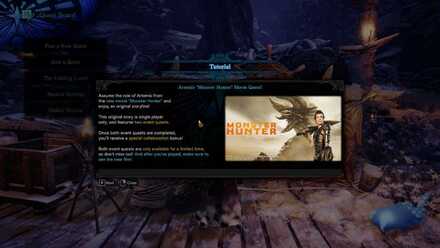 You must have Monster Hunter World: Iceborne to play the quest. After downloading the update, simply log in and head to a Quest Board, your Handler, the Pub Lass or the Hub Lass. The quest will be filed under events. 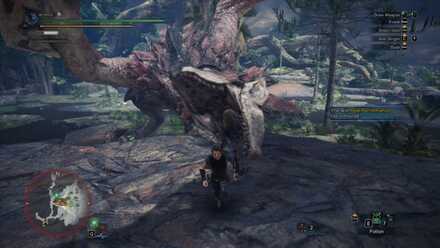 In this quest, Rathalos only appears in Area 1 of the Ancient Forest.

It will be worth your while to find Antidote Herbs for the fight ahead since Rathalos can and will poison you.

Don't forget to check the Item Box! You'll find a lot of helpful items such as EZ Rations, Ancient Potions, and First-aid Meds.

Artemis comes with a pair of strong Dual Blades. If you have not played Dual Blades before or are just not comfortable using them, you can feel free to change your weapons at the Equipment Box in the starting area.

But if you want to play her with Dual Blades (or any other stamina-heavy weapon for that matter), you should also pick up a Wiggly Litchi before your fight, just to decrease your stamina usage.

How to Use Dual Blades 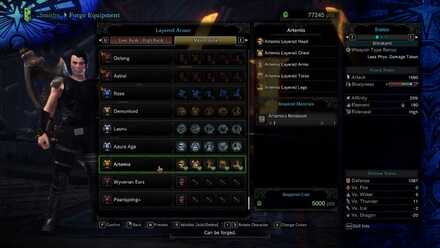 You can unlock the Artemis layered armor from this quest, by trading in Artemis's Notebook, along with 5000 Research Points.

Artemis speaks to the Admiral 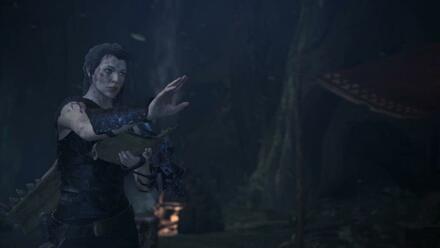 Artemis has flown into the Ancient Forest along with the Admiral. The language barrier between the two heeds their progress, luckily Artemis has a notebook handy for such situations. In fragmented language, she asks the Admiral if he understands her. The Admiral shrugs off her feeble attempt at communicating and tells her that they should split up to look for the Rathalos. Before she can protest, the Admiral flies off, leaving Artemis to track down the Rathalos by her lonesome. 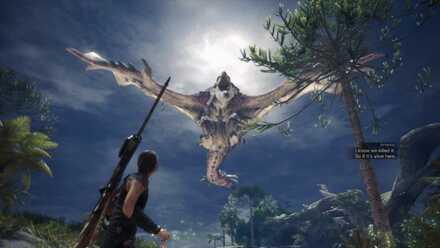 Artemis starts tracking down the Rathalos, advancing through the Ancient Forest and eventually reaching a clearing better known as Area 1. She recollects how her group has already slain the Rathalos she is tracking and it being alive must mean she was in the past. Her thoughts are cut short with an ear-piercing howl from the monster, signalling its approach. Finding no help from the Admiral, due to the language barrier, she is forced to face the creature alone.

Artemis tells the Admiral to forget who she is. 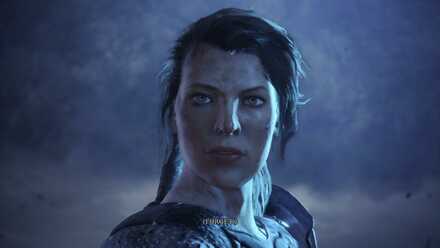 The fight between Artemis and the Rathalos is halted due to a large thunderstorm brewing menacingly by the horizon. With the Rathalos fleeing for safety, the Admiral beckons Artemis to do the same. She declines, knowing the thunderstorm is what can take her home. The admiral asks who she is, fearing a time paradox might occur, she tells the admiral to FORGET about her in his native tongue. Before leaving, she hands him her notebook. 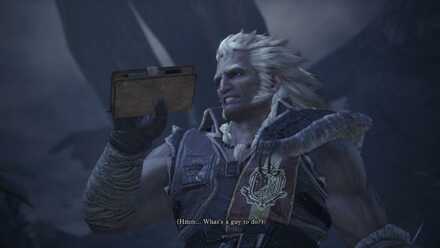 With a sly grin, Artemis calls for a Wingdrake which carries her towards the approaching thunderstorm, leaving the Admiral without words. As Artemis flies off into the distance, the Admiral's Palico asks what happened and where he found the notebook. The Admiral simply shrugs, smiles, and says that he forgot.

In order for us to make the best articles possible, share your corrections, opinions, and thoughts about 「To Our World Quest | Rewards and Conditions | Monster Hunter World (MHW)」 with us!