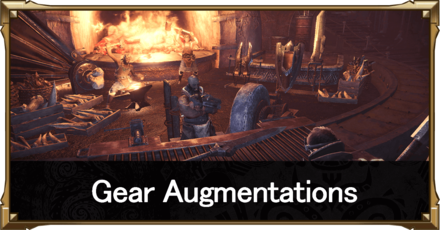 Feeling like your gear just can't compare to the monsters you're fighting in high rank? Maybe you need an upgrade. Keep reading to learn all about the weapon and armor augments you can do in high rank in Monster Hunter World (MHW)! 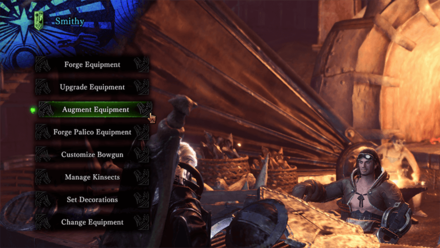 Reaching the end of a weapon tree or maxing out the upgrades on your armor is not the end. Augmentations are the next level in strengthening your equipment.

In high rank, you will start running into tempered monsters. Once you defeat them, you will earn rewards such as streamstones. You can use specific ones to augment your weapons and armor.

How to Unlock Augmentation

Reach HR30 and Get a Warrior Streamstone 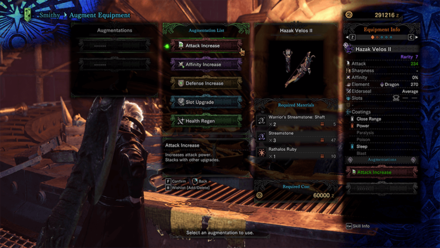 Different weapons will have a varying number of augmentation slots depending on their rarity (see below), so you can stack or mix and match augmentations.

It should be noted that even though you can replace an existing augmentation with another one, the materials spent to create the first augmentation will not be recycled. Doing this will also cost 40,000z. So be careful which augmentation you choose!

Another important thing to note is that augmentations are only possible with weapons that have reached the end of their tree and reached the highest rarity possible.

If you plan on stacking Attack Increase Augmentations, you might want to take a look at how much it increases per stack first beforehand.

Each augmentation for each weapon rarity needs three separate materials. Here is a list of all the materials you will need for your weapon augmentations. 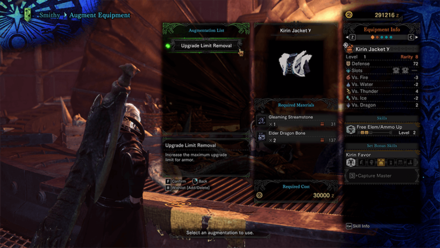 Augmenting armor will allow you to further upgrade your armor with armor spheres. It is not fancy and customizable like weapon augmentation, but it does give your armor's defense a flat upgrade as long as you have the zenny and the materials.

It should be noted that your armor also needs to be upgraded to the max level before the option for augmenting it appears.

Unlike weapons, you can augment any armor piece regardless of rarity. They just need to be fully upgraded first. Check out how the defense stats of the starter Leather Armor Set progresses as you upgrade it. 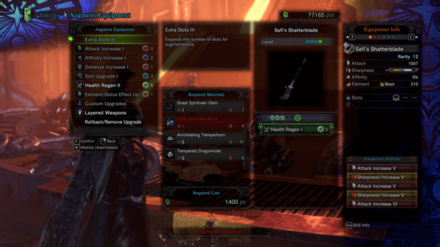 Think high rank is beneath you? Don't worry; with Iceborne comes master rank augmentations. While the armor augmentations stays mostly the same, weapon augmentations are greatly expanded upon. They added a couple more augmentations (see below), and made it possible to install custom upgrades too.

It should be noted that weapons have to reach the end of their tree (meaning the highest possible rarity for that tree) for augmentation to be possible. Since Iceborne continues on from the same weapon tree from the base game, players have to upgrade to the end again to get the master rank augmentations.

High rank augmentations don't carry over once you upgrade the weapon to master rank rarities, so be careful!

To unlock augmentations in master rank, you will need to finish Iceborne's main story, beat Shara Ishvalda, and unlock The Guiding Lands. Learn more about it in our article below!

In order for us to make the best articles possible, share your corrections, opinions, and thoughts about 「Weapon and Armor Augments (HR) | Monster Hunter World (MHW)」 with us!