This is a guide on how to track Plunderers in Monster Hunter World (MHW). Read on to learn tracking tips, possible routes to their hideout, and more. 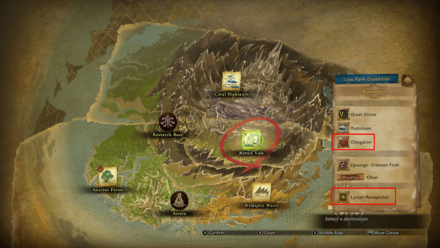 Two conditions must to be met to trigger interactions with the Plunderers:

It is recommended that hunters cycle through expeditions until these conditions are met.

Talk to The Lynian Researcher 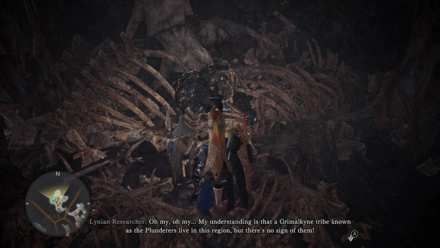 The Lynian Researcher is located inside Odogaron's Den (area 13). He will mention that he is looking for a Grimalkyne Tribe called the Plunderers that inhabit the Rotten Vale.

Search for a Plunderer 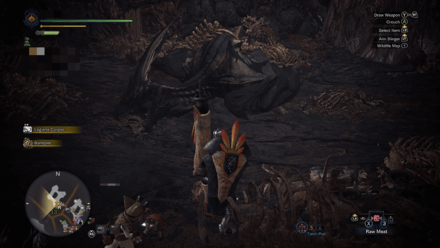 Odogaron will occasionally store food such as raw meat and Legiana carcasses in its den from prowling the Rotten Vale. This is essential for a Plunderer to appear inside its den. 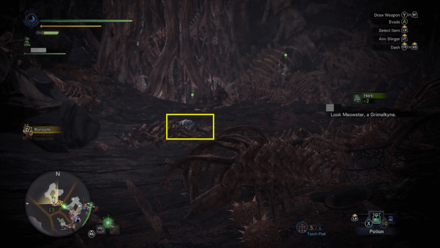 When food is stored inside Odogaron's den, there is a chance for a Plunderer to show up and attempt to steal it.

It is recommended for Hunters to do one of the following to ensure that a Plunderer spawns in the area: 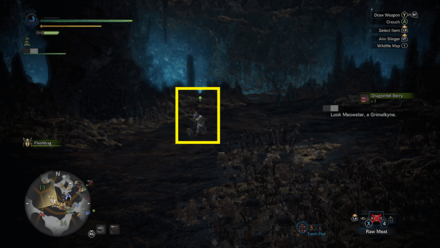 The Plunderer will quickly flee after interacting with the hunter in Odogaron's den. Use scoutflies to track it back to its hideout.

Lure them out with meat 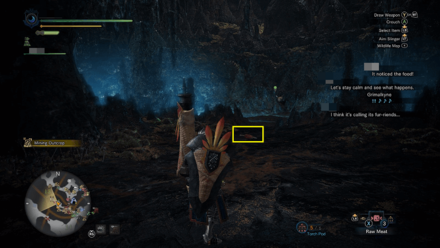 At the Hideout, The Plunderer will keep its distance from the hunter. Hunters can lure it out using Raw Meat.

If a hunter does not have Raw Meat available, they can simply return at a later time. Moving to other regions and returning to HQ/Camps will NOT reset the entire questline.

Regional Requirements (Lynian Researcher and Odogaron are no longer required as well upon returning.)

Talk to The Plunderers 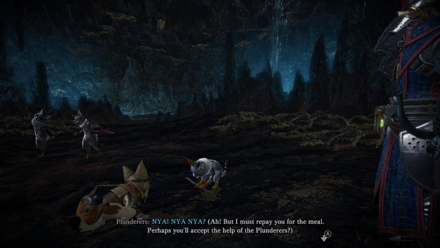 Feeding the Plunderers will reward the hunter with the Plunderblade Palico Gadget and unlock the Girros Tailraider Monster. They will also start to aid the hunter during hunts or expeditions. 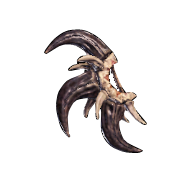 An invention of the Plunderers that snatches items from monsters when attacking. The quantity of stolen items increase with Proficiency.

Hunters who befriend Plunderers will unlock the Girros Tailraider Monster. This monster can serve as either a tracking mount for hunters or a combat mount for Palicoes.

The Girros is available in the Rotten Vale or Rotted Region of the Guiding Lands.

In order for us to make the best articles possible, share your corrections, opinions, and thoughts about 「How To Track Plunderers | Grimalkyne Guide | Monster Hunter World (MHW)」 with us!