Learn how to beat Teostra in the game Monster Hunter World (MHW)! This guide explains everything about Teostra's weakness, carves, rewards, and a complete strategy guide for beating and capturing it. Find out what parts are breakable and severable, and what drops and Monster materials are available.

Teostra can deal high damage if you do not have enough survivability. Try to increase your max health and equip armors with high fire resistance to increase your chances of winning the fight.

If fire resistance is not available, it is suggested that you get the skill Evasion Window or stun resistance depending on your playstyle.

Some of the moves that Teostra makes can cause Blastblight. Constantly check if you are inflicted by the Blastblight status by checking for the blast icon below your health bar. This can cause a small explosion around your body dealing damage to you and nearby allies after a short time. You can easily remove this by rolling 3 times or eating a Nullberry.

Move Away From the Flame

Teostra will sometimes cover some areas of its body with fire. Try to stay away from the body to avoid getting damage every second and focus on staying near the head or tail area to get out of its range. 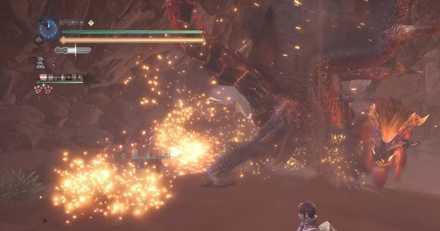 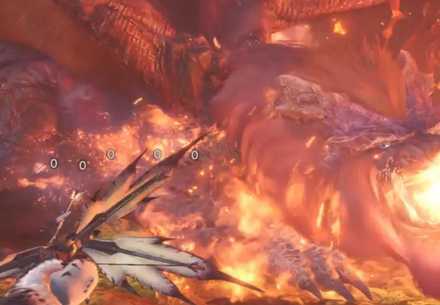 When Teostra is covered in fire, you will not be able to deal any damage to him unless you attack his head.

You can suppress the flames around Teostra's body by using a weapon with Elderseal capabilities. This can be quite helpful especially for later when you have to attack him head-on.

Teostra's most powerful attack is the Supernova. It is a high damaging attack with an extremely large area of effect. This attack will be used multiple times throughout the hunt and it can be dangerous as it can one-shot multiple hunters at once if not geared well.

Teostra will usually use the Supernova a few minutes after he enrages. It is recommended that you do not finish any of your combos to prepare yourself from escaping once he starts the Supernova.

In addition, you can also use a Flash Pod to stop the Supernova. However, if you want to take this approach, you must react fast and aim it directly in front of Teostra to make this work. 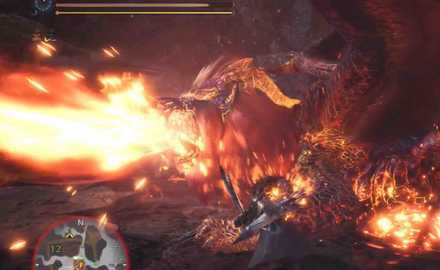 Dish out as much damage as you can whenever Teostra is doing his fire breath attack. This will give you a huge window of opportunity to attack him as much as you want without any retaliation from Teostra for a few seconds.

Teostra will sometimes do a fire breath sweep attack. This can be tricky to dodge if you are standing in front of him. Always keep in mind that it is easier to dodge if you roll forward rather than to roll away from Teostra. Also, rolling forward will give you a higher chance of dodging and it will close the gap between you and Teostra. You can use this opportunity to deal some damage while Teostra is still committed to the attack.

Register as a member and get all the information you want. (It's free!)
Login
Opinions about an article or post go here.
Opinions about an article or post
We at Game8 thank you for your support.
In order for us to make the best articles possible, share your corrections, opinions, and thoughts about "Teostra Weakness and Strategy Guide" with us!
When reporting a problem, please be as specific as possible in providing details such as what conditions the problem occurred under and what kind of effects it had.