Learn how to beat Tobi-Kadachi in the game Monster Hunter World (MHW)! This guide explains everything about Tobi-Kadachi's weakness, carves, rewards, and a complete strategy guide for beating and capturing it. Find out what parts are breakable and severable, and what drops and Monster materials are available.

How to Beat Tobi-Kadachi

The frequency of Tobi-Kadachi's attacks increases during the charged state. Also, most of his attacks will now have an additional thunder attribute which increases his damage output.

How to Reduce Accumulated Lightning

If you position yourself on the tail, Tobi-Kadachi will often use his powerful tail slam attack. This attack has a long vertical reach, it is best that you avoid this by moving the sides.

Also, when Tobi-Kadachi is charged up. The range of his attacks will become wider because of the electricity discharge after every attack. It is recommended that you focus on his legs instead of attacking his tail to avoid taking damage.

Attack from the Trees 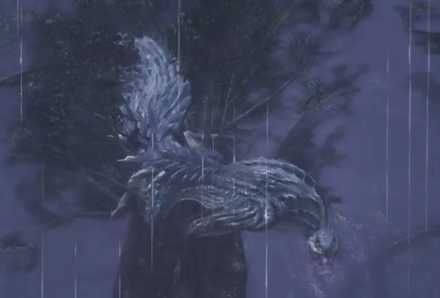 Tobi-Kadachi will sometimes use the trees in the area before launching a powerful attack. You can use this opportunity to deal a bunch of damage if you have a long-range weapon before he can jump off.

However, for some hunters, it might be better to focus on dodging since this attack can instantly cart you if you do not have enough defense.

During Tobi-Kadachi's charged-up state, most of his attacks can apply Thunderblight. If you are affected by Thunderblight, you are more susceptible to stun which can be dangerous if not dealt with immediately. It is best that you cure the Thunderblight status using a Nullberry whenever it is present to avoid getting stunned.

Most of Tobi-Kadachi's attack during the charged-up state has an additional thunder affinity that greatly increases his damage. You should equip armors that help you build up your Thunder Resistance skill to reduce the damage you take from these attacks.

Register as a member and get all the information you want. (It's free!)
Login
Opinions about an article or post go here.
Opinions about an article or post
We at Game8 thank you for your support.
In order for us to make the best articles possible, share your corrections, opinions, and thoughts about "Tobi-Kadachi Weakness and Strategy Guide" with us!
When reporting a problem, please be as specific as possible in providing details such as what conditions the problem occurred under and what kind of effects it had.