Learn how to beat Tzitzi-ya-ku in the game Monster Hunter World (MHW)! This guide explains everything about Tzitzi-ya-ku's weakness, carves, rewards, and a complete strategy guide for beating and capturing it. Find out what parts are breakable and severable, and what drops and Monster materials are available.

Tzitzi-Ya-Ku can emit a flash of light from his head to the direction he is facing. He will be defenseless during this attack but it can stun you if you are within its range and you are looking at him directly. Avoid this by facing away and moving to the sides to get an opening for your attacks.

You can shorten the range of the flash by breaking his head, this way you will only have to take one step back to get out of its range instead of moving to the sides giving you more time to strike. Also, the head is the weakest part of Tzitzi-Ya-Ku, you should focus on attacking this part to maximize your damage output. 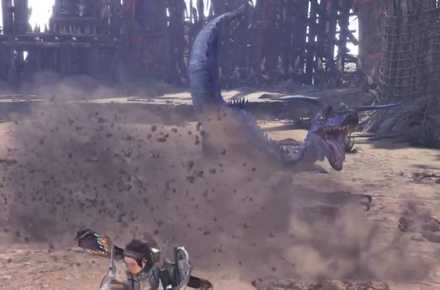 TziTzi-Ya-Ku will sometimes perform a jump attack at your position after using his tail attack. It is recommended that you keep moving after his tail attack to avoid any followups and only engage once you are sure that there is an opening.

Register as a member and get all the information you want. (It's free!)
Login
Opinions about an article or post go here.
Opinions about an article or post
We at Game8 thank you for your support.
In order for us to make the best articles possible, share your corrections, opinions, and thoughts about "Tzitzi-ya-ku Weakness and Strategy Guide" with us!
When reporting a problem, please be as specific as possible in providing details such as what conditions the problem occurred under and what kind of effects it had.