Learn how to beat Lunastra in the game Monster Hunter World (MHW)! This guide explains everything about Lunastra's weakness, carves, rewards, and a complete strategy guide for beating and capturing it. Find out what parts are breakable and severable, and what drops and Monster materials are available.

Most of Lunastra's attacks can be pretty strong. It is recommended that you increase your max health and equip gears with high Fire Resistance to increase your chances of winning the fight.

If you are still having a hard time clearing the hunt, you can also add skills such as Stun Resistance or Evade Window to further increase your survivability.

Hellflare has an additional wind pressure effect that can stagger you making it harder for you to get away. You can negate this effect by simply wearing gears that can give you level 5 Windproof or get the armor set bonus Kushala Daora Flight from the Kushala set piece.

You will constantly take damage from the environment due to the extreme heat. Prevent this by using a Cool Drink before entering areas with extreme heat.

Using a Flash Pod will only anger Lunastra even more and has a chance to make Lunastra perform the Hellflare attack. This can be useful if you are playing solo. However, if you are playing in multiplayer, it might be better to not use Flash Pods at all since it can endanger other hunters in your party.

It is possible to suppress the fire and dust surrounding Lunastra when he is enraged by using a weapon with an Elderseal.

Hellflare is one of Lunastra's most powerful attack. This causes a big explosion setting a large area on fire with high wind pressure. The high wind pressure can disable your movement making it difficult for you to move away.
It is recommended that you equip gears with at least Windproof Lv 5 to completely negate all the effects of the wind pressure.

Gears and Strategies without Windproof 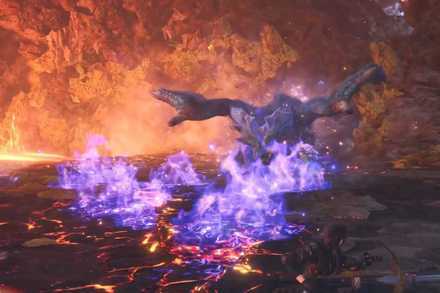 The blue flame that Lunastra scatters during the fight can be difficult to deal with if you do not have enough fire resistance. Try to stay away from it or try to lure Lunastra away from the blue flame to avoid taking more damage when you are running away from his attacks.

Using a Water Affinity weapon a Crystal Burst on the blue flame can instantly extinguish it. However, this is not recommended since it can deal damage if not approached carefully. Extinguishing the blue flame while fighting Lunastra can be difficult. Only use this trick if you have no other option.

Attacking Lunastra with blue flames using a ranged weapon will deal 0 damage. The blue flame can surrounding Lunastra repels any arrows or bullets fired at him. 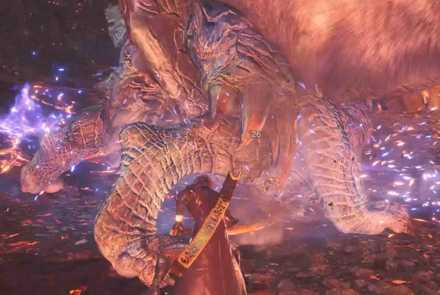 The safest place to attack is somewhere near the hind legs. If you manage to deal enough damage on this area, this can also down Lunastra for a few seconds. Also, staying near the hind legs will help you avoid most of the high damaging attacks like bite and flame breath.

Dealing with the Supernova 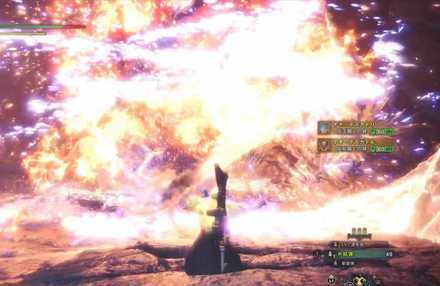 When Lunastra and Teostra are together, they can initiate their special move called the Supernova. This powerful move can instantly kill you if you are within its large area of effect.

It is best to try and kill one of them before they can group up. This will not only stop them from using the Supernova but it can also lessen the flames you have to deal with. If this is not possible, try to lure them away from each other. Keep in mind that Dung Pods do not work against them, you have to enrage one of them to lure them out of the area.

Register as a member and get all the information you want. (It's free!)
Login
Opinions about an article or post go here.
Opinions about an article or post
We at Game8 thank you for your support.
In order for us to make the best articles possible, share your corrections, opinions, and thoughts about "Lunastra Weakness and Strategy Guide" with us!
When reporting a problem, please be as specific as possible in providing details such as what conditions the problem occurred under and what kind of effects it had.