This is a guide on how to track Troupers in Monster Hunter World (MHW). Read on to learn tracking tips, possible routes to their hideout, and more.

Fend Off The Troupers 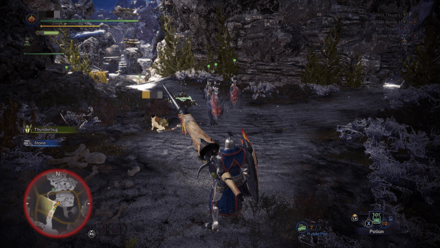 While exploring the Coral Highlands, Hunters may run into a hostile group of mounted Troupers. Fend them off by knocking them off their Shamos mounts. 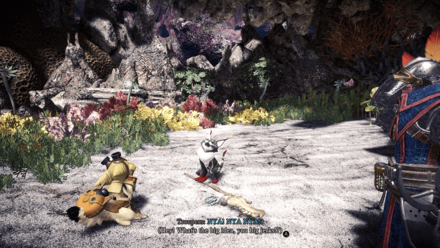 These Troupers will flee as soon as all of them are knocked off their mounts. Scoutflies will immediately track and lead thunters to their Hideout.

At the Hideout, the Trouper apologizes on behalf of the group, explaining that they tend to be hotheaded after playing battle music and were hunting two Tzitzi-Ya-Kus in the region when they ran into the hunter.

The hunter's Palico will then offer to aid the Troupers in their hunt. Head back to HQ and do the Troubled Troupers Optional Quest.

Alternatively, Hunters who perform this step during Expeditions can just head back to a campsite and select the Optional Quest from the Handler. 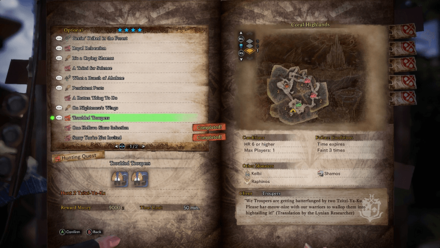 The Troubled Troupers Quest is a 4-star Optional Quest where hunters need to hunt two Tzitzi-Ya-Kus in the Coral Highlands. It is important to note that this Quest can only be done ALONE. Complete this quest to proceed to the final step.

Return To Their Hideout 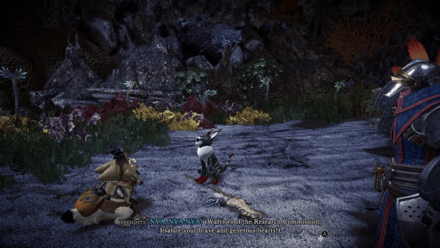 After completing the Troubled Troupers Quest, hunters will be immediately taken to the Troupers' Hideout.

The Troupers will thank them for their help, rewarding hunters with the Coral Orchestra Palico Gadget and unlocking the Shamos Tailraider Monster. 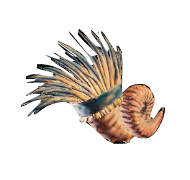 An instrument of Troupers. Its melodies boost attack, defense, or status resistances. Effects increase with Proficiency. 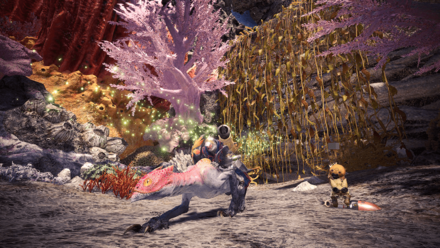 Hunters who befriend Troupers will unlock the Shamos Tailraider Monster. This monster can serve as either a tracking mount for hunters or a combat mount for Palicoes.

The Shamos is available in the Coral Highlands or Coral Region of the Guiding Lands.

In order for us to make the best articles possible, share your corrections, opinions, and thoughts about 「How To Track Troupers | Grimalkyne Guide | Monster Hunter World (MHW)」 with us!