Learn how to beat Paolumu in the game Monster Hunter World (MHW)! This guide explains everything about Paolumu's weakness, carves, rewards, and a complete strategy guide for beating and capturing it. Find out what parts are breakable and severable, and what drops and Monster materials are available.

Paolumu is a fairly docile Monster that will not engage unless provoked by a hunter or another monster. When angered, Paolumu will inflate an air sac in its neck and float above the ground.
This will make Paolumu's attacks a lot stronger than usual and it becomes harder to predict. You can instantly shut this down by shooting a Flash Pod directly on to his head to release this state.

Also, when Paolumu is on the ground in his normal state, it is a good time for you to set up and use traps to give you and your team some space to attack with your best combos to deal massive damage. 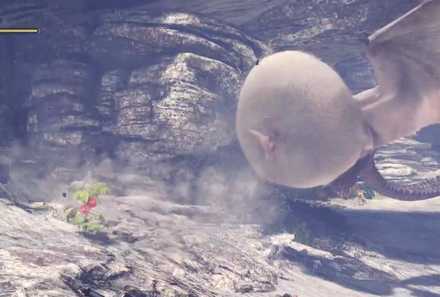 It is best to make sure that there are no other monsters in the area. If another monster enters battle while you are fighting Paolumu, they will most likely attack the hunters in proximity and will give you and your teammates a harder time.
Though they can assist you in battle by dealing great damage to Paolumu, it is still best if you only have to deal with one large monster during your hunt.

It is also highly recommended that you equip gears with at least level 5 Wind Resistance to negate any wind effects from Paolumu's attacks and pair it with the Rocksteady Mantle to make the hunt easier.

Register as a member and get all the information you want. (It's free!)
Login
Opinions about an article or post go here.
Opinions about an article or post
We at Game8 thank you for your support.
In order for us to make the best articles possible, share your corrections, opinions, and thoughts about "Paolumu Weakness and Strategy Guide" with us!
When reporting a problem, please be as specific as possible in providing details such as what conditions the problem occurred under and what kind of effects it had.