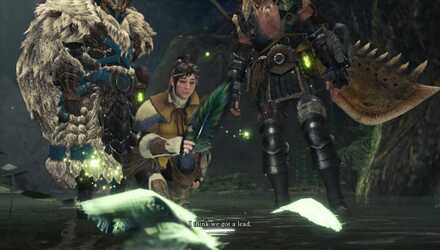 There are some bonuses that you can check before engaging in an investigation quest. On the most bottom part of the screen, you'll see the Locale Information which shows which gathering points can provide more items. This can be useful if you wish to craft a specific armor but doesn't have the material to craft it.

The conditions for Investigations vary. Some are harder like only having 15 minutes to clear the quest to you are only allowed to faint once. The opposite is also true so make sure to check the failure condition first before accepting an Investigation.

There are four types of bonus rewars you can get from investigations. You have the first three which is bronze, silver, and gold for non-tempered monsters. These rewards range from common monster parts to rare ones, The better the reward type, the higher chance you can get better loots.

The last one is exclusive to tempered monsters. Purple rewards can net you decorations which is incredibly useful for end-game gears. Try to keep on tracking tempered monsters to unlock more tempered investigations!

How to Get Investigations 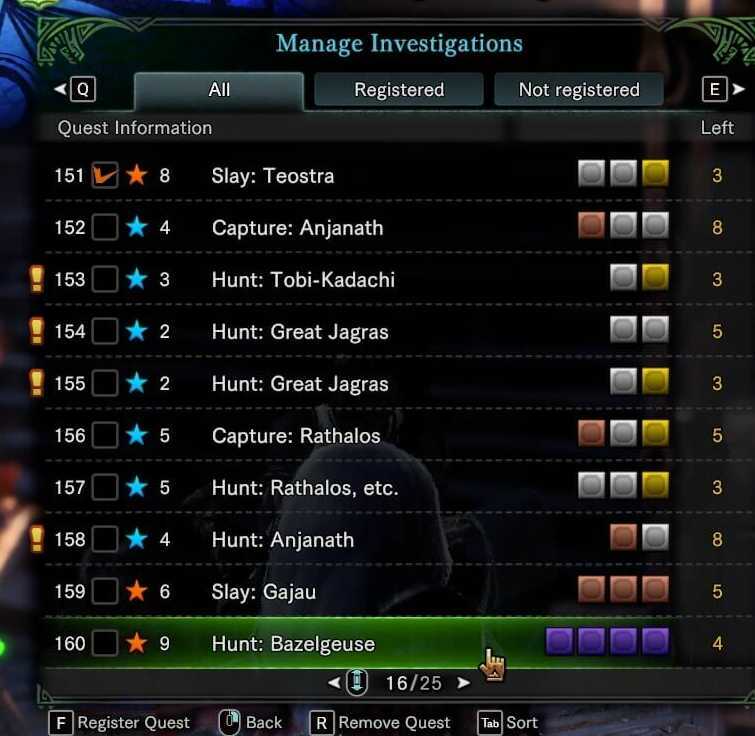 Post (0 Comments)
Opinions about an article or post go here.
Opinions about an article or post
We at Game8 thank you for your support.
In order for us to make the best articles possible, share your corrections, opinions, and thoughts about "Investigation Quests" with us!
When reporting a problem, please be as specific as possible in providing details such as what conditions the problem occurred under and what kind of effects it had.