Learn how to beat Behemoth in the game Monster Hunter World (MHW)! This guide explains everything about Behemoth's weakness, carves, rewards, and a complete strategy guide for beating and capturing it. Find out what parts are breakable and severable, and what drops and Monster materials are available.

Best Skills to Use By Role

With the Iceborne patch, we are no longer limited with using specific armor to combat the massive Behemoths. The Iceborne armor comes with several decoration slots and massive defense stats which makes assembling skills, the only issue when facing certain monsters. Below, we list all the recommended skills to have when facing the mighty behemoth. Before starting the fight, know your role and make sure to play according to it.

As a tank, your role is to keep on drawing the aggro of the Giant Behemoth, while the Behemoth focuses you, turtle up, keey your HP up, and stay alive!

As the attacker, you must always be on the move. Keep the pressure up while the tank draws the monster's attention. Skills such as True Razor Sharp are recommended to reduce the time you'll be out of the fight sharpening your weapon / keep your damage up. While it is not completely necessary, attackers can also run wide range to save the tank/healer when they can but their main goal is to deal damage.

As the healer, keeping the tank alive is your priority, yourself second, and the attackers third. Massive amount of items and supportive buffs are asked of the healer to make sure allies don't die to the Massive Behemoth.

Best Mantles To Use

How to Beat Behemoth

Things to Know About Behemoth's Attacks

Dividing the roles is important in the Behemoth hunt. Your team should decide who will tank Behemoth and who will focus on healing the team before starting the hunt to avoid any confusion. 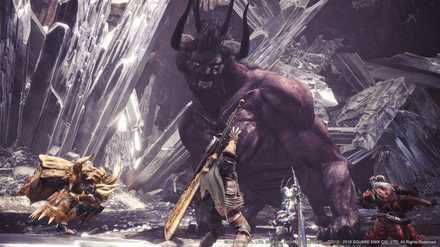 Unlike other monsters, Behemoth will have the same HP for both the solo run and the party run. Also, since Behemoth can easily be controlled using his Enmity mechanic, it is highly recommended that you only fight him with a 4-man party.

Ecliptic Meteor is the most powerful technique that Behemoth can use and it can cart you regardless of your health and defense. You can only avoid dying from this attack by hiding behind the comet or by using the FF14 Jump Gesture at the perfect time. 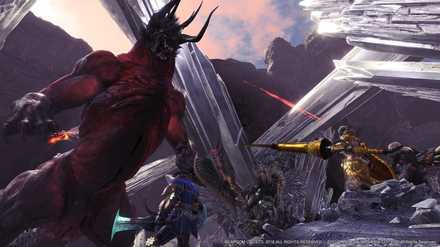 You can get the Enmity from Behemoth if you deal enough damage to its head or by shooting a specific slinger ammo continuously. This will force Behemoth to focus on only attacking his target and ignore all other hunters that are attacking a different part of his body.

How to Get Enmity

Dealing with the Charybdis 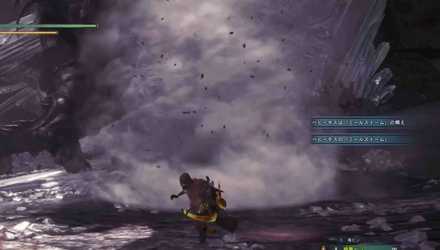 Charybdis is an attack that creates a tornado at the hunter's position after a few seconds. These tornadoes that Behemoth summons will not disappear for a few minutes. It is recommended that you immediately move to the edge of the area so the tornadoes will not appear near the battle.

If it becomes too difficult to move around because of the tornadoes, you can use a Flash Pod to stop these tornadoes. However, Behemoth will eventually resist the Flash Pod if it is used frequently.

The attacks of Behemoth are extremely powerful and it can instantly cart you if you do not have high enough maximum health or defense. Using gears that can push your Health Boots skill to level 3 and build up your Stun Resistance is highly recommended for this hunt.

Also, some of Behemoth's heavy attacks can cause major tremors which can be dangerous especially if you are using a melee weapon. It might be a good idea to consider wearing gears with Tremor Resistance.

Having a healer with the skill Wide-Range at max level is a must in order for your tank to survive the attack. Since the tank will be getting the Enmity, most of the time he will have to raise his shield to lessen the damage from the attacks, this will prevent him from using any potions to recover his health.

It is highly recommended that your healer uses the Lunastra Beta set and utilize the bonus effect of the skill Wide-Range.

Items That Can Release Enmity

You can weaken his rotation attack by cutting off his tail. This will not only weaken the damage, but it will also shorten the range of his tail attacks making the hunt a lot easier. You should focus on attacking this part especially if the tank has Behemoth's Enmity.

Paralyzing or putting Behemoth to sleep will also release the Enmity away from the tank. It is best that you avoid using any status effect weapons to avoid accidentally inflicting any ailment. Leave this task to your tank and get as much raw damage as you can from your weapon to maximize your damage output. 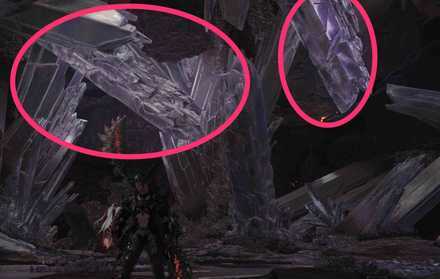 There are two collapsable crystals that you can use in area 8 that can deal massive damage to Behemoth. Try to lure Behemoth under these crystals and use your slinger ammo to drop it on top of Behemoth. This will take a huge chunk of his health and also stun him for a few seconds.

Behemoth can inflict a Bleeding status ailment with his pin attack which is only available during the third phase. This attack can stop you from moving around because of the Bleeding ailment, try to cure this immediately using an Astera Jerky to avoid taking any further damage.

Register as a member and get all the information you want. (It's free!)
Login
Opinions about an article or post go here.
Opinions about an article or post
We at Game8 thank you for your support.
In order for us to make the best articles possible, share your corrections, opinions, and thoughts about "Behemoth Weakness and Strategy Guide" with us!
When reporting a problem, please be as specific as possible in providing details such as what conditions the problem occurred under and what kind of effects it had.