Learn how to beat Arch-Tempered Velkhana, an Event Quest Monster in the game Monster Hunter World (MHW)! This guide explains everything about Arch-Tempered Velkhana's weakness, carves, rewards, and a complete strategy guide for beating and capturing it. Find out what parts are breakable and severable, and what drops and Monster materials are available.

Event Quest Availability and How to Unlock

Arch-Tempered Velkhana is a much stronger version of the Elder Dragon Velkhana. It's damage is through the roof and can easily one-shot unprepared characters so maximize your gear by augmenting it before heading to fight the ice dragon.

Use the Crystals in Elder's Recess 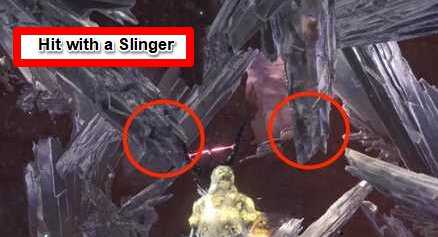 There are crystals at the starting area where you fight Arch-Tempered Velkhana. You can either use it as a preemptive attack to deal massive damage at the start or conserve it as a tool to knock down Velkhana when it's enraged. Just make sure to use it for some damage and an opening.

Remember that the first damage dealt to a sleeping target gets doubled so if you have a Palico or have a fellow hunter that has a sleep weapon, it can be a great strategy to attempt to make the Elder Dragon sleep beneath these crystals.

Arch-Tempered Velkhana's strongest moves come from her elemental breath attacks. These attacks target players from a distance so make sure to always be aggressive and stay close to her to avoid death.

Velkhana has a move where she uses hear breath attack to make layers of pillars that appear from the ground. Instead of running away from the center of the attack, wait for the first circle to pop then dodge inside the circle. This allows you to get some free damage while the rest of her attack's animation finishes.

Watch Out for Its New Breath Attacks

The Arch-Tempered Velkhana gains new breath attacks that unleash a fan of ice pillars in front of her. The pillars have a slight delay before they deal damage so use this window to reposition yourself to safety.

Clutch Claw Its Tail When It Uses Its 360 Attack

This is AT Velkhana's strongest move which can 1 hit ko a hunter during its 1st hit. It's a 2 hit sequence with a 360 laser attack then it summons a layered pillar on the ground. The laser will stun hunters so its imperative to dodge the 1st hit. To dodge it, when the camera zooms out, Immediately use clutch claw on AT Velkhana's tail so you can ride its 360 movement. Once it flies, use your clutch attack to disengage and resume the fight.

Best Mantles To Use

In order for us to make the best articles possible, share your corrections, opinions, and thoughts about 「Arch-Tempered Velkhana Weakness and Strategy Guide | Monster Hunter World (MHW)」 with us!