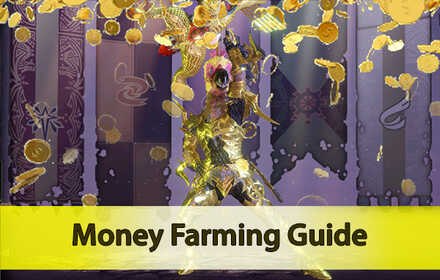 In this article, you will learn about tips and tricks to earning money quickly in Monster Hunter World (MHW). Read on to learn about how to farm Zenny in different ways!

A Zenny is the form of currency present in Monster Hunter World (MHW).

This can be used to buy ingredients for meals at the canteen, armor, weapons, etc. Having money is necesary in allowing you to improve your stats in the world by upgrading your equipment. Here, you will be able to read about the most efficient way to farm money.

How To Farm Money 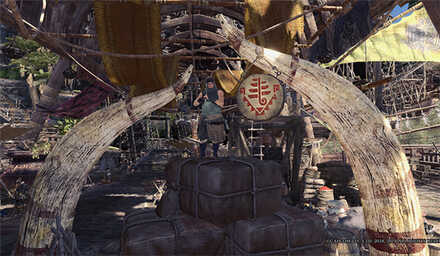 Though this is not an active way of earning Zenny in Monster Hunter World (MHW), it is important to point out that a lot of Hunters have large amounts of monster material in the inventory, just gathering dust.

When you enter Astera, a man is standing atop boxes. This is the Provisions Stockpile where you can buy and sell materials.

When arriving here you can choose to sell excess monster material in your inventory and sell it for a hefty price in bulk! 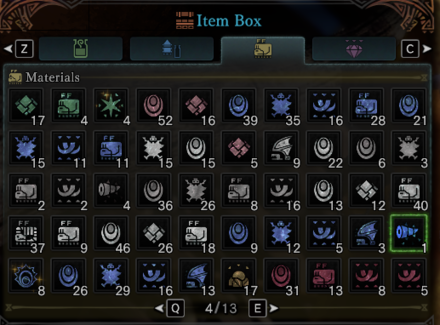 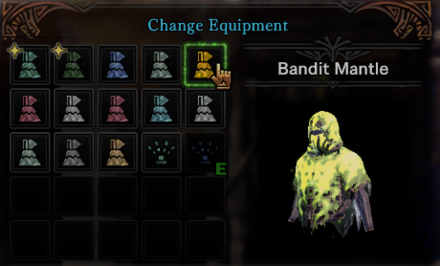 The Bandit Mantle increases the drop of golden material from a large monster. The mantle can be obtained by completing the ★5 Quest Redefining The Power Couple

Once you have the bandit mantle in your equipped items, don't forget to put it on!

The best course of action when farming is to hunt the Great Jagras. It is considered a Large Monster but is on the easier end of the spectrum to hunt. Once you collect the items you can sell them for money!

Investigations are quests that can be completed a limited number of times. The most efficient way to go about this is to equip your hunter with the proper gear and a Lucky Voucher

Go into this quest solo to reap the rewards for yourself!

Request Trade-In Items from the Argosy

When High Rank is unlocked, you will have also gained access to the Argosy as seen in this map of Astera. The game will let you know via pop-up notification when you log in that the Argosy has arrived.

A shipping captain that comes and goes, who brings certain goods at your request. The Argosy departs to gather the type of material requested after the hunter completes one quest.

Request for Trade-In items that can be bought once he returns. These trade-in items can then be sold for a higher price at the Provisions Stockpile. 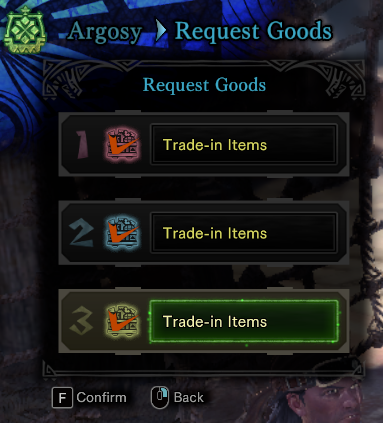 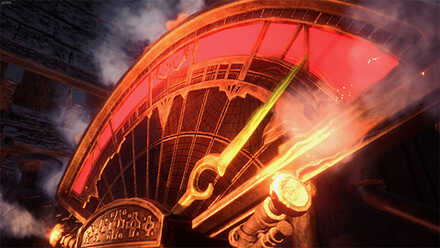 The introduction of Seliana also comes with the addition of the Steamworks. The powerhouse of the new base in the Monster Hunter World (MHW) expansion, Iceborne.

Once you have reached Master Rank 3 after completing the quest, Banbaro Blockade, Steamworks will unlock. This is a mini-game that gives you a ridiculous amount of consumables. What you should be looking out for is the Silver Eggs.

Silver Eggs are trade-in items that you can receive from Steamworks. Low cost, low effort, and fun-- the Steamworks is an easy way to earn Zenny! 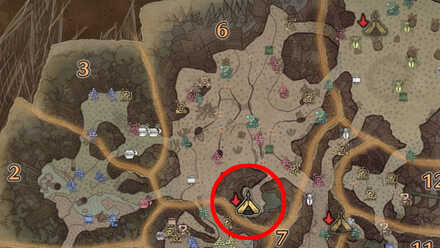 Goldenfish produce Golden Scales, a material you can sell. In the Wildspire Waste, the camp in Area 6 has a small pond to fish in. Passively fishing here when completing quests in the area could add up to a hefty amount of money! Each Golden Scale sells for 1,000z.

Fishing takes some patience. If you're looking to farm Golden Scale, this is a list of areas you can spend some time reeling in Zenny!

This is a High Rank quest given by the Meowscular Chef in the Canteen in Astera. He is asking for 4 Ancient Fossils from The Rotten Vale.

Despite being a High Rank quest, this is fairly simple. Much easier than egg delivery quests since you don't have to lug around the breakable material one by one. This is an Optional Quest which makes it simple to farm by the assignment for Zenny!

Though there are deposits in most areas. Though to be efficient, avoid the lower areas with toxins and more difficult monsters. Instead, explore Sector 2 and 5. These should yield enough to complete the quest!

In order for us to make the best articles possible, share your corrections, opinions, and thoughts about 「How To Get Money Fast | Money Farming Guide | Monster Hunter World (MHW)」 with us!