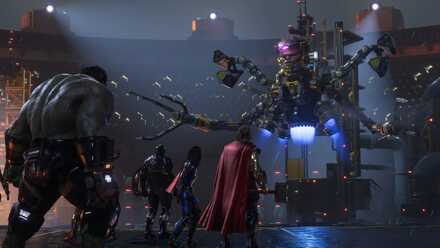 This guide will show you how to beat MODOK, the boss of By Force of Mind, and the last boss in the Marvel's Avengers game. Read on to learn boss strategy, tips and tricks, and more!

Take Out the Thrusters as Iron Man 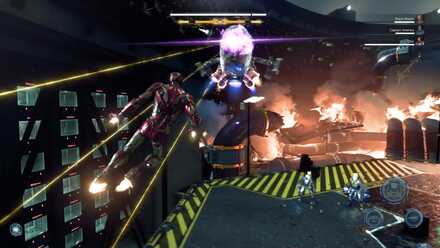 MODOK's hoverchair has a 3 sub-thrusters he uses to fly around. As Iron Man, use your flying capabilities and ranged arsenal to take out those thrusters and bring MODOK closer to the ground for the rest of the Avengers.

Use Lasers and Missiles

It can be tough to hit the thrusters with the normal projectile as MODOK will be flying around. Lasers and missiles will automatically lock on while flying making it much easier to deal damage to the thrusters. 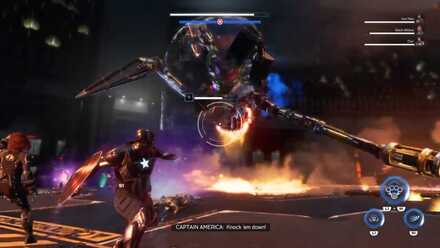 Next up is Cap, he'll need to take out the main thruster to down MODOK and then try and destroy the power source on MODOK's back.

Use Ranged Attacks and Avoid His Attacks

MODOK's main thruster can be hard to hit, use your ranged attacks to get its health to zero then get behind MODOK to deal damage to his power source. Most of his attacks are unblockable so its best to just avoid them.

Get Past MODOK's Shield as Thor 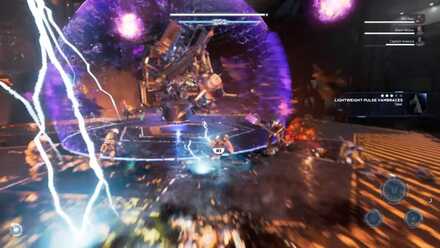 It is going to be difficult to get to MODOK with him activating his shield. You will need to use Thor's Ultimate Heroic to get past the shield.

Do Not get Grabbed by Adaptoids

While waiting for it to charge, defeat any of the enemies spawned. Make sure you do not get grabbed by Adaptoids as they will absorb some of your Heroics charge, making it longer to get your Ultimate Heroics. 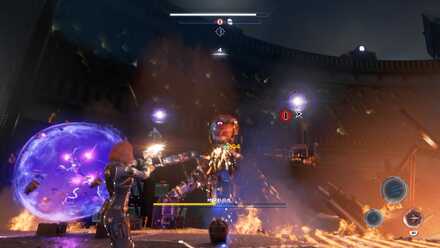 Finally, when playing as Black Widow, you will have to destroy the crystal on MODOK's forehead. firing anywhere else will not deal damage to him.

Jump Over the Wave and Dodge/Shoot the Rockets

MODOK is going to send out the ground in a wave to deal damage and trip you up, jump over them when you see them coming. He will also fire rockets at you, dodging all of them can be tough, so try to shoot as many as you can out with your ranged attacks.

MODOK will send orbs of gravity that will incapacitate you for a moment when you are hit. Getting hit by these can make it difficult to avoid his attacks. Smash the button prompt as fast as you can to get out quickly.

Register as a member and get all the information you want. (It's free!)
Login
Opinions about an article or post go here.
Opinions about an article or post
We at Game8 thank you for your support.
In order for us to make the best articles possible, share your corrections, opinions, and thoughts about "MODOK Last Boss Battle Guide | How to Beat MODOK" with us!
When reporting a problem, please be as specific as possible in providing details such as what conditions the problem occurred under and what kind of effects it had.