How To Raise Your Faction Levels | Faction Missions | Marvel's Avengers 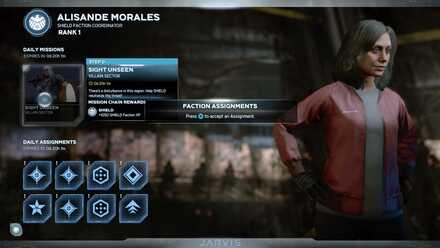 This guide will show you how to raise your faction level in Marvel's Avengers (game). Read on to learn what factions are, and the best ways to raise faction levels through faction missions.

Factions are different organizations that is helping your cause in defeating AIM in the Marvel's Avengers game. So far, there have been two confirmed factions: Inhuman Alliance, and SHIELD. Your affiliation with each faction is represented by Faction Levels which increase by earning Faction experience points.

How to Raise Your Faction Levels

There are two ways to earn faction experience points to increase your Faction Levels. 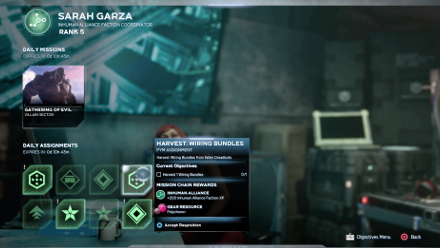 The easiest way to earn Faction experience points is to do the daily Assignments from the Faction Coordinators. These assignment range from defeating Synthoids, defeating enemies using your ranged attack, opening chests, and so on.

The SHIELD Faction Coordinator was formerly found in the upper deck of the Chimera control room but has since relocated to the SHIELD Substation Zero in the Pacific Northwest. The Inhuman Alliance Faction Coordinator is in the Ant Hill, located at the Utah Badlands. You can access them as well via the faction terminals present in all outposts. 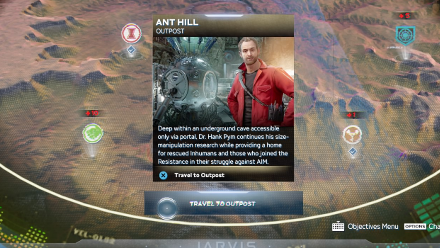 Note that to access the Ant Hill, go to the Utah Badlands map and pressing the Travel to Outpost at the bottom of the screen. 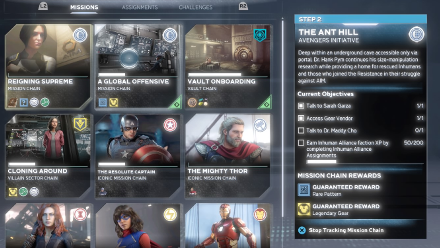 These are harder and a bit lengthier than Assignments, but offer a lot of Faction experience points. Not only that, they give you amazing gear from their Faction as well. Check the Objectives menu and track the Missions for SHIELD and Inhuman Alliance Factions for easy identification of which are Faction Missions.

Rewards For Raising Your Faction Level 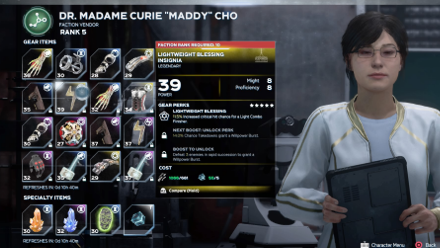 The main reward is better access to Faction shops. Most Gear in Faction shops are of higher rank and better perks. They refresh often too, so by raising your Faction level, you may gain access to a wide variety of Gear to power up your heroes.

In order for us to make the best articles possible, share your corrections, opinions, and thoughts about 「How To Raise Your Faction Levels | Faction Missions | Marvel's Avengers」 with us!