A list of all currently known Easter Eggs found in the Marvek's Avengers game. Read through and tell us your favorite, and let us know what hidden trivia you have discovered!

Tony Stark's MCU incarnation has been rocking Black Sabbath shirts and rocking guitar sound tracks throughout his appearances. This preference of Tony doesn't go unseen in his game counterpart, with these easter eggs. 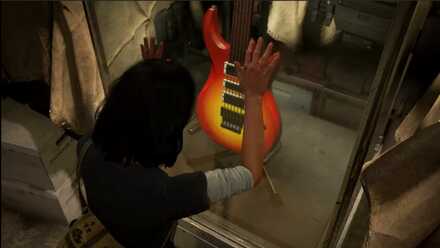 Tony's first guitar is gifted to him by Pepper Potts, showing us just how big a fan of metal he was. Do you think the genius billionaire tried to make his own songs?

Flight of Icarus by Iron Maiden 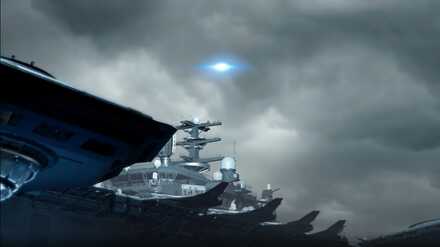 Iron Maiden is one of metal's most iconic bands, so it's no surprise when we see Kamala Khan put on one of Tony's songs for him as he blasts off into space: Flight of Icarus. A fitting song for the occasion, we think! 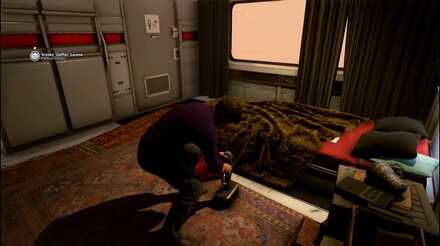 In that iconic and hilarious scene in MCU's Avengers: Age of Ultron, you watch the different Avengers try to lift Thor's Hammer. In the game, you can try to lift thor's hammer as well by going into his room in the helicarrier and then interacting with the hammer. Check out if your favorite Avenger is worthy! 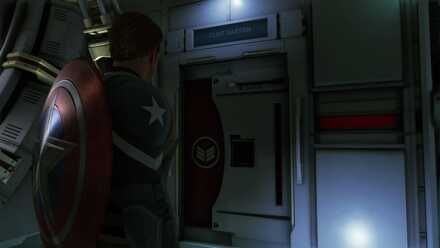 Clint Barton, better known as Hawkeye, is an upcoming free DLC character and a founding member of the Avengers. Where is he then? Well, we know that he's important enough to have a room in the Chimera, as seen in the crew quarters.

Multiple references have been made to this superhero, who Kamala Khan claims is her favorite. Though she was off-world according to Captain America at the start of the game, there are posters and shirts of her seen throughout the game. Foreshadowing, maybe? 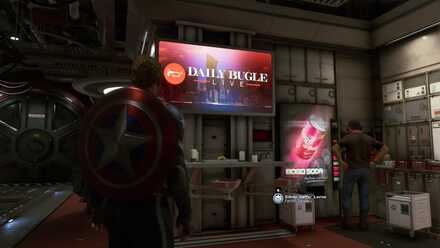 Spider-Man fans are sure to recognize this name. The Daily Bugle, the news network constantly reporting on the Avengers' activities, is the newspaper where Spider-Man works in the comics. We know Spider-Man is coming in the PS4, so maybe he'll have something to say about his workplace?

In order for us to make the best articles possible, share your corrections, opinions, and thoughts about 「List of Easter Eggs | Marvel's Avengers」 with us!