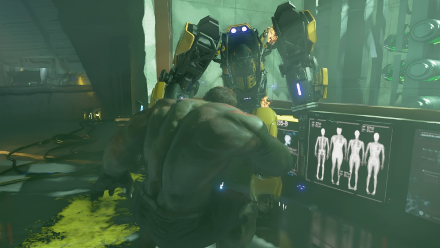 This is a walkthrough for Condition: Green, Hulk's Iconic Mission in Marvel's Avengers (game). See all mission objectives, chest locations, as well as tips and strategy and an enemy list.

Be Prepared for Gamma Enemies

Condition: Green is a mission that contains many gamma enemies, such as Purge Keepers and Plague Proto-Synthoids to name a few. Plague weapons are explosive and cause quite a bit of hitstun, which is dangerous especially with other sturdy enemies around such as Prime Adept Synthoids.

Another problematic thing about these explosives is that it leaves a cloud of poisonous smoke that deals damage over time. Move away from these clouds of poison and find Regen packs to refill your Willpower. 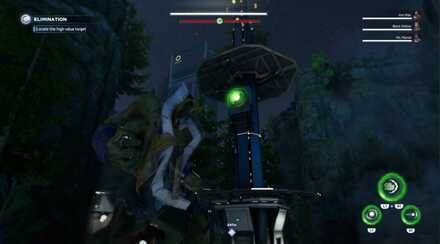 In the bunker you encounter northwest of your starting point, there will be a locked door that can only be opened by hitting a circular switch found on one of the towers surrounding the bunker. Check the tower behind the bunker to find a glowing circular switch. Hit it once with a ranged attack to activate it and open the door.

This building is located at the southeastern most part of the map. It has a locked door with several switches that you need to stand on in order to access the chest in it.

This locked door is found in the room after you defeat the Blitz Dreadbot. There are four wall locks that are scattered around the area. All of them are partially hidden by oxygen tanks. 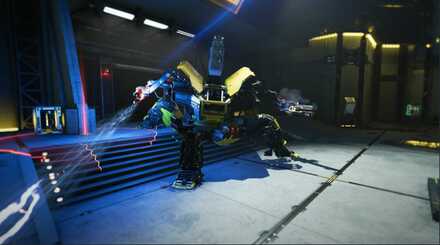 The Blitz Dreadbot releases marked explosives that cause quite a bit of hitstun and leave you vulnerable to attacks from the Dreadbot or surrounding enemies. Avoid it.

The Blitz Dreadbot is tanky, so don't be afraid to just go ahead and use your heroics on it. Use single target high damage ones to make short work of it. Just be careful if you get too near to it though as it will unleash its flamethrowers.

The turrets will overwhelm you while fighting the shielded Theta Squad. Make sure you eliminate them before they whittle away your health.

If you're fighting all of them at once, you're sure to have a hard time with multiple attacks coming at you at once.

Register as a member and get all the information you want. (It's free!)
Login
Opinions about an article or post go here.
Opinions about an article or post
We at Game8 thank you for your support.
In order for us to make the best articles possible, share your corrections, opinions, and thoughts about "Condition: Green Walkthrough: Chest Locations and Enemy List" with us!
When reporting a problem, please be as specific as possible in providing details such as what conditions the problem occurred under and what kind of effects it had.