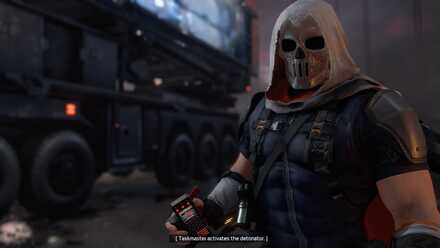 This guide will show you how to beat Taskmaster, the boss of The Light that Failed (A-Day) in the Marvel's Avengers game. Read on to learn boss strategy, tips and tricks, and more!

Dodge His Jetpacks Attack and Shoot 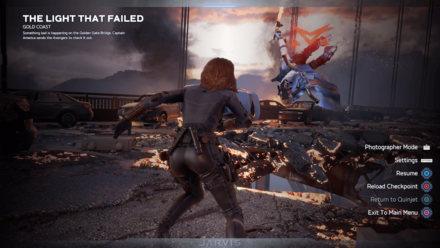 The battle starts with Taskmaster flying at you with his jetpack. What you have to do is dodge it with ○, then quickly press L2 and hold R2 to fire at his jetpack while he's in the air. Once you do this enough times, the jetpack will crash initiating the second phase.

Mix Up Heavy and Light Attacks

Taskmaster can learn his opponents movements through his Photographic Reflexes, so doing the same thing over and over will guarantee he counters you. Mix up your light and heavy attacks to be able attack him. 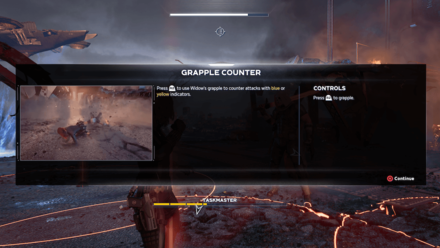 Near the end of the boss battle, there will be prompts explaining counter attacks. Use them to your advantage as he pulls out more advanced moves then continue with your light and heavy attacks do win the boss battle.

Just note that you cannot counter attacks when they show up in red! Red Colored attacks must instead be dodged.

Use Ranged Attacks Against Taskmaster

Stay away and use ranged attacks on Taskmaster and let your other heroes deal with the smaller enemies. Using Iron Man with his mini-rockets and Unibeam and Black Widow with her High-Caliber Shots would work well here.

Use Heroics To Deal With High Willpower

Taskmaster has high willpower/health. Use your Heroics whenever necessary to deal with Taskmaster's high Willpower, such as Black Widow's Widows Bite or Hulk's Stranglehold.

Taskmaster will summon his Watchdogs whenever the battle goes against his favor.Once the Watchdogs come in, focus on them first before returning to attack Taskmaster.

Register as a member and get all the information you want. (It's free!)
Login
Opinions about an article or post go here.
Opinions about an article or post
We at Game8 thank you for your support.
In order for us to make the best articles possible, share your corrections, opinions, and thoughts about "Taskmaster Boss Battle Guide | How to Beat Taskmaster" with us!
When reporting a problem, please be as specific as possible in providing details such as what conditions the problem occurred under and what kind of effects it had.