What Happened To Ant-Man? | Marvel's Avengers 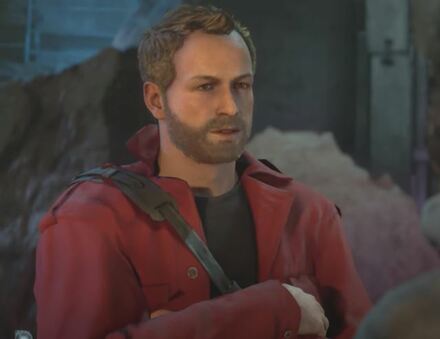 Hank Pym, AKA Ant-Man is one of the more important story-related characters in the Marvel's Avengers game. Read on to find out what happened to him, and whether or not Ant-Man is playable in-game!

This article contains spoilers for the game's story campaign.

Hank Pym, the creator of the Pym Particles and the original Ant-Man in the comics, is found in the second act of the game leading the Inhuman Resistance against AIM.

During one of their missions, Kamala asks Pym why he was captured alongside other Inhumans and he explains that he was seen as a threat because of his powers, and they altered his physiology so that if he were to change shape, he would die.

He remains as the leader for the Inhuman faction and he helps the Avengers throughout the story.

Unfortunately, as of now, Ant-Man is not playable, he is only a secondary character and a faction leader.

Will He Be Playable In The Future?

For story related reasons, Hank Pym will not be playable as Ant-Man, but that doesn't mean that someone else (such as Scott Lang, as seen in the MCU) can't take up the mantle of Ant-Man and become a playable character. Unfortunately, Crystal Dynamics has not announced anything regarding Ant-Man as a character.

In order for us to make the best articles possible, share your corrections, opinions, and thoughts about 「What Happened To Ant-Man? | Marvel's Avengers」 with us!