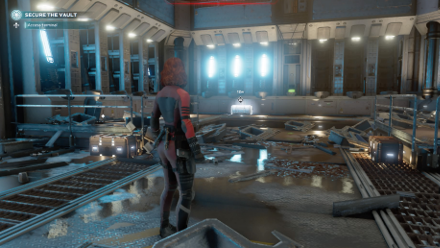 This is a guide on how to farm strongboxes in Marvel's Avengers (game). Read on to learn which missions are the best to get strongboxes and the rewards found in them.

What Are Strongboxes Used For?

These are chests found in the game and can vary in color or design. Color determine the chances of getting rare gare from them.

These are the types of strongboxes scattered in the game:

How To Farm Strongboxes

Strongboxes are more commonly found in missions that have more areas, thus increasing the chances of Strongboxes appearing.

Note that Bronze Strongboxes are randomly generated on any mission and may disappear or relocate. However, silver and gold ones remain on the stage always.

The team agrees that the following missions offer the best chances of finding strongboxes.

Certain War Zones actually may yield you a lot of strongboxes that may equal or even surpass Vault Missions though they don't have DNA strongboxes.

In particular, there is the Day Of The Remains mission. This mission contains an assured 6 strongboxes whether or not you play the entire mission with all the side objectives or not. At best, one run with all side objectives completed may yield you 16 strongboxes. And most of the strongboxes can be acquired with minimal enemy interference.

Other notable mentions include Enter The Avengers and Our Town War Zones and their Revisit versions.

In order for us to make the best articles possible, share your corrections, opinions, and thoughts about 「How To Farm Strongboxes (Chests) | Marvel's Avengers」 with us!