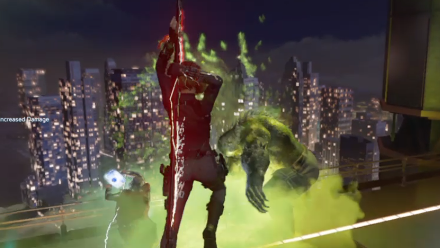 This is a walkthrough for the Mission Old Foes in Marvel's Avengers (game). See all mission objectives, chest locations, and tips and strategy for beating the boss.

Depending on the enemies that spawn, you may encounter waves here that specialize in Gamma or Plasma damage. Gamma deals lingering damage while Plasma will increase incoming damage. Retreat and wait for the effects wear off and strike back.

Bring In The Ranged Heavy Hitters

Many enemies here are very sturdy, so bringing in your offensive characters would be wise. Furthermore, a lot of the enemies here are susceptible to ranged attacks. Iron Man and Black Widow will be very effective in this mission.

In the second area, JARVIS will alert you of a treasure hidden inside a room. Depending on the type of switch you get, there are different ways on how to activate the switches.

Here are their types and locations:

These are found on the walls covered by some form of computer. Destroy the computers blocking the way and hit the locks three times with melee attacks to activate them.

These are found on the outside corners of the locked treasure room. Metal bars cover them so destroy those first. Step on the switches for a second or so to activate them. 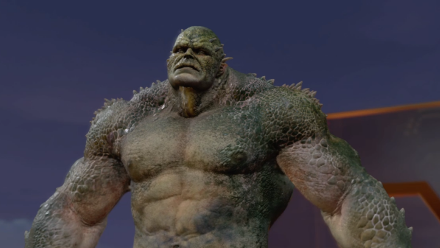 This is one of the few missions where you get to battle Abomination again. 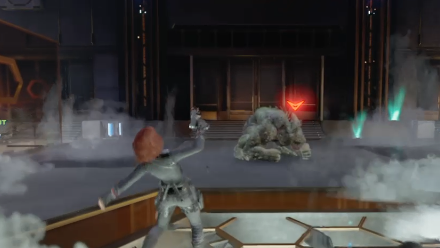 He uses a lot of radial attacks that tend to blow away your heroes so learn to time your dodge right. Sometimes, he would leap into the air and crash back down. Watch for this since it has a wide range and a huge knockback. 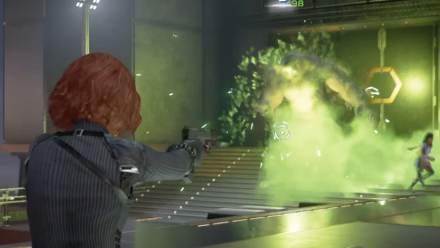 Oftentimes, Abomination will also use an ability that clouds him with Gamma radiation making approaching him dangerous as it will inflict you constant damage. When this happens, stay back and use your ranged attacks. 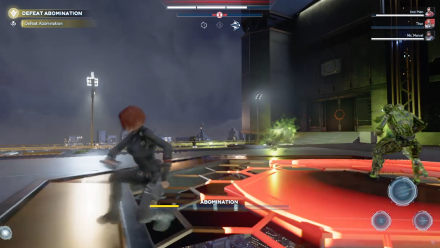 On certain intervals, Abomination will summon a bunch of Plague Proto-Synthoids. Just dodge whenever they approach you as they will explode into a cloud of Gamma radiation.

It is possible that you could launch Abomination off the roofdeck with a powerful attack with knockback. If achieved, Abomination will automatically be defeated, scoring you an easy win. Be warned that this could happen to your heroes as well. If so, the hero won't be revived leaving your squad one member less.

Register as a member and get all the information you want. (It's free!)
Login
Opinions about an article or post go here.
Opinions about an article or post
We at Game8 thank you for your support.
In order for us to make the best articles possible, share your corrections, opinions, and thoughts about "Old Foes Walkthrough: Chest Locations and Enemy List" with us!
When reporting a problem, please be as specific as possible in providing details such as what conditions the problem occurred under and what kind of effects it had.