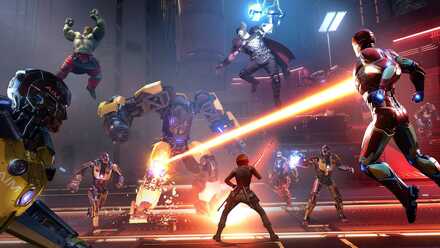 Crystal Dynamics has released the Patch 1.07 (V1.3.0) update on September 18th that fixes multiple issues that were encountered in Marvel's Avengers Game. Read on to learn more about the fixes, added features, future updates and how to update Marvel's Avengers!

Patch fixes for V1.2.4 have been combined with V1.2.5 - the below patch notes account for both updates. This patch is focused on fixing gamebreaking bugs. The next patch - V1.3.0 - will be the biggest patch yet and will resolve bad game states that has been caused by encountering some of the bugs encountered below and other quality of life changes.

This was a hotfix for sopme signifcant issues encountered by some players.

Crystal Dynamics has not released patch notes for this update but did announce that they would be releasing a Day One Patch that will fix issues that were encountered during beta along with other fixes. They have said that the total size of the patch would be 18GB, which adds up as the Patch 1.03 update had a size of 10GB and the 1.04 update has a size of 8GB.

Not only did they added some fixes, they have also made changes to the game to make it feel better to play!

Here are the list of future features and improvements that were requested and will be implimented to the game!

How to Update Marvel's Avengers

It should automatically start updating once you have opened your PS4 if you have the Automatic Downloads and Uploads are on. If you do not see the update, you will want to see if your internet connection is working.

If it does not start automatically, you can select the Marvel's Avengers application and press OPTIONS to open the menu, then select check for updates. If there is an update you have not downloaded yet, it should start downloading.

Head to the library to find Marvel's Avengers and select. There should be a button that says Update where the Play button should be. Once you press Update, it should start downloading the update. You can check its progress in the Downloads tab.

Register as a member and get all the information you want. (It's free!)
Login
Opinions about an article or post go here.
Opinions about an article or post
We at Game8 thank you for your support.
In order for us to make the best articles possible, share your corrections, opinions, and thoughts about "Marvel's Avengers Update Version 1.07 (V1.3.0) Patch Notes and How to Update | September 18 Update" with us!
When reporting a problem, please be as specific as possible in providing details such as what conditions the problem occurred under and what kind of effects it had.