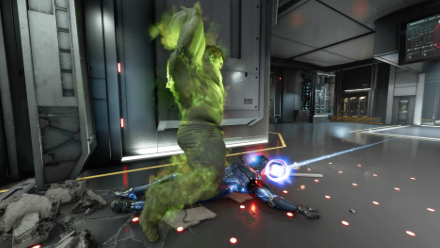 This is a guide to unlocking the And That's How It's Done Trophy/Achievement in Marvel's Avengers. Read on to see the best method to defeat 10 enemies with a single Heroic activation.

How To Defeat 10 Enemies With A Single Heroic Ability Activation 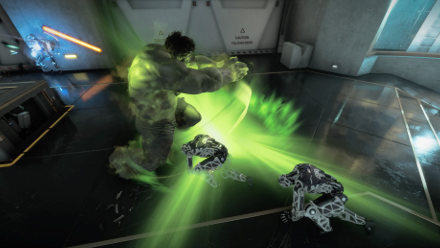 This trophy can be acquired as early as the first mission of the game. Hulk is the easiest to accomplish this trophy with as his Ultimate Heroic ability, Thunderclap, is radial and can hit even aerial enemies. Just wait for enemies to come around you and activate Thunderclap.

If done later in the game, having Thunderclap's upgrade Ground Zero or Epicenter will give it more chances of hitting more enemies. Just make sure that Hulk has a high Heroic rating to keep Thunderclap's damage high.

In Defend-type missions such as Enter The Avengers and Fugitive Holding Facility where you have to defend SHIELD agents, most often there will be a wave of basic Synthoids or Proto-Synthoids. These two are quite easy to defeat and can help you accomplish the objective for this trophy.

Making the Challenge Level lower on these missions will make this even easier if you are having a tough time achieiving this trophy. It will make the enemies weaker, and thus make it easier to defeat them.

And That's How It's Done Trophy / Achievement

Defeating 10 enemies with a single Heroic ability activation will grant you the trophy/achievement Trying On Perfection.

Register as a member and get all the information you want. (It's free!)
Login
Opinions about an article or post go here.
Opinions about an article or post
We at Game8 thank you for your support.
In order for us to make the best articles possible, share your corrections, opinions, and thoughts about "How To Defeat 10 Enemies With a Single Heroic Ability Activation | And That's How It's Done Trophy Guide" with us!
When reporting a problem, please be as specific as possible in providing details such as what conditions the problem occurred under and what kind of effects it had.