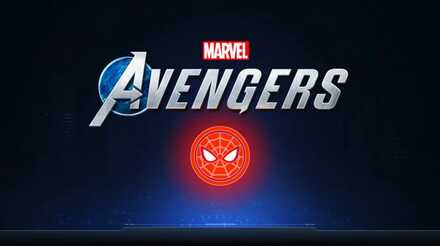 This is a guide to using Spider-Man, a playable character in the Marvel's Avengers game. Read more to find out about Spider-Man's backstory, in-game abilities and skills, skins, and how to play as Spider-Man!

How to Get Spider-Man in Avengers (PS4)

There are no requirements to get Spider-Man in Avengers in the PS4, as he will be automatically unlocked. However, no release date has been announced.

As of now, there is no official release date for Spider-Man in the Marvel's Avengers game. However, we do know that he is a Playstation exclusive who will be a free post-launch DLC. 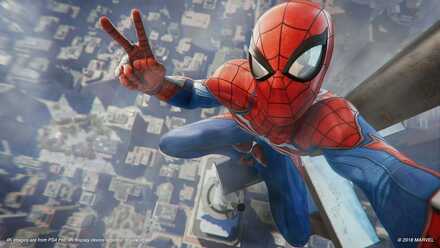 The image here is from the Spider-Man game for PS4.

As Spider-Man is best known for his webs, we can assume that his Heroics will have something to do with his webs. Perhaps him acrobatically jumping up and shooting everyone below him, or him targeting one enemy with webs until they're stuck. So far we can only speculate, but it seems safe to say his heroics will be web-related.

How To Play As Spider-Man 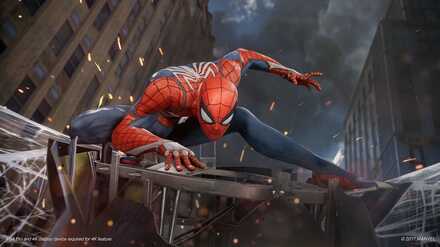 The image here is from the Spider-Man game for PS4.

Spider-Man in the comics is an acrobatic fighter, using his webs to shoot from afar and swing around, and his Spidey-senses to get out of danger. This might mean he'll be swinging around a lot and dealing flying kicks and whatnot, as well as being able to utilize his Spidey-sense to dodge and most likely, as his intrinsic hero bar.

Like Black Widow and Ms. Marvel, Spider-Man will more than likely be able to grapple and swing as opposed to flying. We can also assume that the web slinger will have a unique ability to climb up walls.

His ranged attacks will almost certainly be webshots. In the comics (with a few notable exceptions), Spider-Man usually created his own webs via a canister, rather than organically, so perhaps they will need to be reloaded, like Black Widow's gun.

While Spider-Man's skins have not yet been revealed, we are optimistic that he will have a large plethora of outfits to choose from. With the many variations of the Spider-Man outfit present in the PS4 Spider-Man game (and given Spidey's history of changing outfits, such as the popular Symbiote Suit), it seems very likely that we'll get to use Spider-Man in a wide array of cool outfits.

In order for us to make the best articles possible, share your corrections, opinions, and thoughts about 「Spider-Man Release Date: All Skills, Heroics, and Skins | Marvel's Avengers」 with us!