How to Level Up Fast | Fast Leveling Guide | Marvel's Avengers 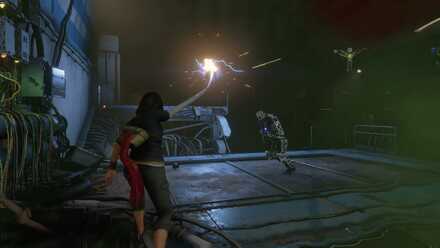 A guide to level grinding in Marvel's Avengers for PS4, Xbox, and PC. Here you can learn how to level up, what happens when you level up, and how to farm EXP to level up fast.

How To Raise Hero Level

Marvel's Avengers is like any other RPG - you need experience points to level up. And since leveling up gives you Skill Points (SP), getting your levels up early will give you new skills and will make some of the harder missions easier to accomplish, especially if you're playing on higher difficulties.

The simplest way of gaining Exp is to defeat enemies. Each time you defeat enemies in an area, you will receive some Exp for it, and the amount of Exp you receive does not correlate with game difficulty, so you can grind on lower levels.

Exp is also gained as you clear mission objectives. At first, you should focus on just clearing the Campaign Missions, not worrying about your levels. When doing this, we recommend first going for Normal / Easy difficulty, as it will allow you to breeze through and collect Exp even quicker. Even if you put Campaign Difficulty to Easy, you'll gain the same amount of Exp and enemies will be much easier, so we highly recommend doing this if you want to rush through.

Once you clear the campaign, you'll have earned enough Exp to make the next stages of grinding much easier.

There is a perk found on minor artifacts called Prismatic Catalyst. This perk is often found on artifacts called Norn Stone of Golden Gifts. This is invaluable for gaining levels as it increases all Exp gained from all sources by 3.3%.

What Happens when Leveling Up 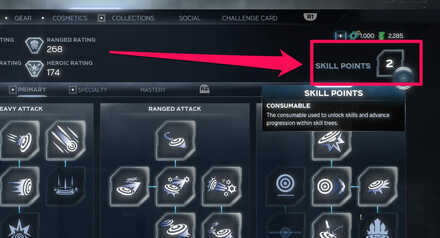 Leveling Up does not increase your character's stats when leveling up like other games. Instead, it gives you skill points to spend on skills and skill upgrades to increase your Hero's combat effectiveness. At max level, you will have enough Skill Points to unlock every upgrade in every skill tree, unlocking your Hero's full potential.

Leveling up as fast as possible will allow you to open up more options for in combat for your Heroes. Although, when it comes to stats, Power Level will still be the major determining factor. Each Hero will have their pool of Skill Points and 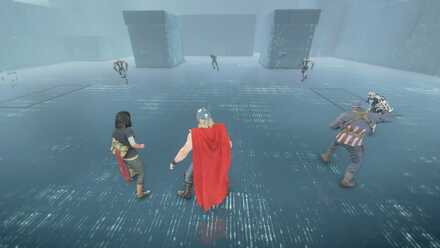 HARM Challenges are survival missions where enemies are thrown at you wave after wave. This is a good way to get experience by defeating them without having the in-between time of going to different areas or doing other objectives, making XP farming quick and easy. You can level up faster by reducing loading times by reloading the checkpoint instead of completing the mission.

For our walkthrough staff, the HARM Challenges proved to be the easiest and most reliable method of leveling up fast. It may get a bit repetitive, but grinding HARM Challenges is an easy way to reach higher Hero Levels.

Our walkthrough team agrees that Hive missions is one of the best types of missions to playthrough for leveling fast. These missions can take a while to get but are worth it as they are gauntlet styled missions that contain multiple floors. Each floor acts like a Drop Zone with its objectives. Playing a single Hive mission will be like playing multiple Drop Zone missions but without the loading.

You will be leveling up fast in these missions, leveling up every other floor. The fact that you are completing multiple objectives in one mission without having a long loading time between them, really makes this one of the fastest leveling up methods in the game. 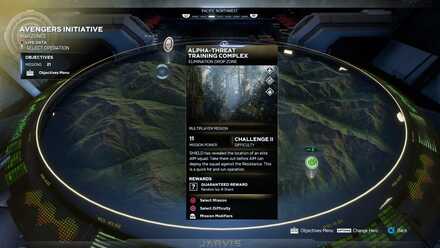 These are short missions that have a different type of objectives based on the type of Drop Zone. The best ones for fast leveling are the Sabotage and Assault Drop Zones. Our walkthrough team agrees that these have the easiest and quickest objectives for leveling up fast. You can skip the enemies on the way to the main objectives then do the objective as fast as you can to complete the mission to farm XP and level up fast.

The only downside of these Drop Zone missions is how you will not always have one available. Try and play them right away if you see them available on your War Table.

Sabotage Drop Zones have the easiest and fastest objectives. They will usually have your destroy key points as an objective, allowing you to ignore the enemies and complete it as fast as you can. This will end the mission quickly for fast leveling up.

Assault Drop Zones have more combat-based objectives. You will have to defeat a bunch of enemies to complete this Drop Zone mission. This will not be as fast as Sabotage Drop Zone missions but will allow you to grind XP and gear at the same time.

It is recommended to play on Challenge I for faster XP and leveling up. But if you want good gear drops while leveling, you should do it on Challenge II. 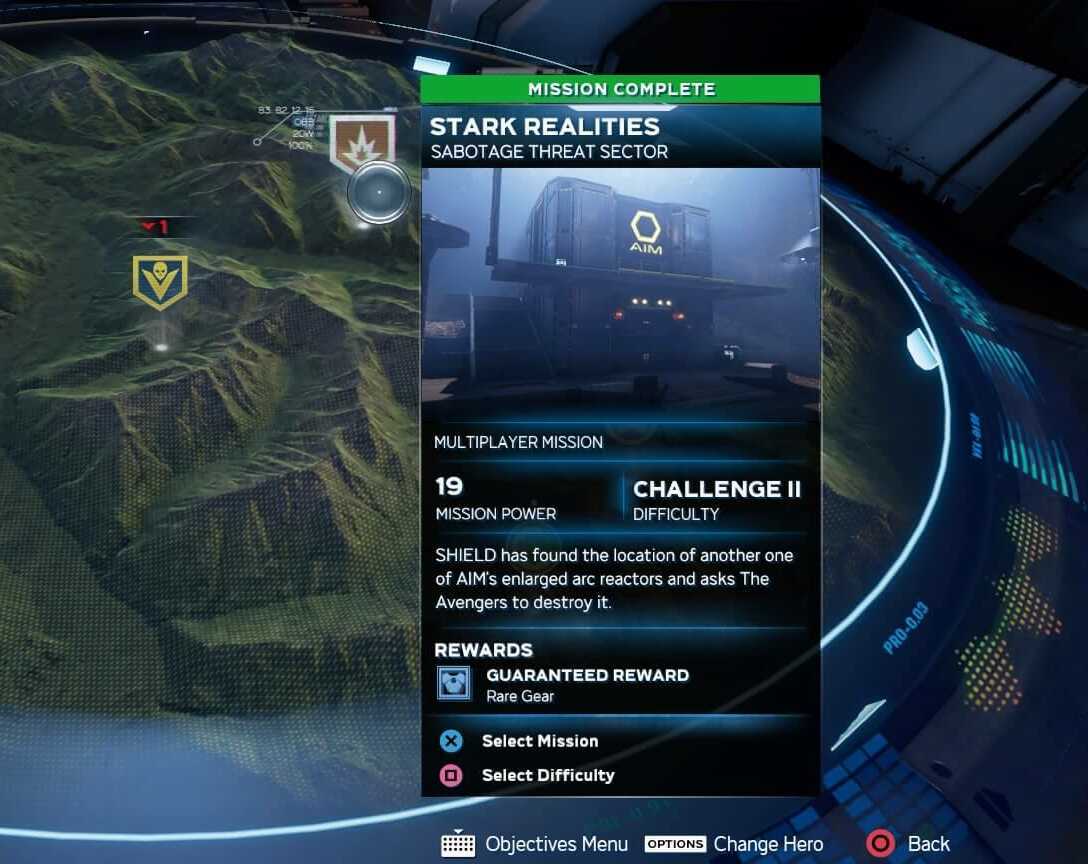 War Zones are some of the most difficult missions you can encounter in the game. Not only are they lengthier than Drop Zones, but most of the enemies here are far stronger than regular Drop Zones. But, because of their multiple objectives, it also means more experience points can be gained. Make sure you do it on the easiest difficulties to make leveling up faster.

Some of the earliest War Zone missions you can grind in include Condition: Green, which is an Iconic Mission for Hulk, but can be done by any character, or the Forest Vault mission which also grants some exceptional gear. 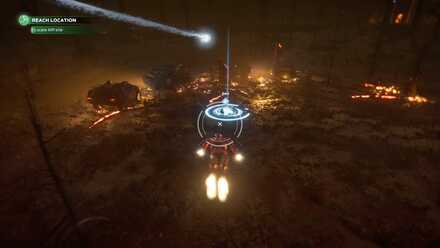 Note: Unfortunately this was patched out in a recent patch and will no longer give you experience when reaching the first objective

There is a mission that can give you easy EXP and help you level fast. After testing this technique, our walkthrough team agrees that this is the fastest way to get EXP and level up quickly. The only downside that it can be a bit boring and tedious, but we still think it is completely worth it.

To execute this fast and easy technique to farm EXP you will need to unlock the Day of the Remains Inhuman faction mission. Start the mission with the Hero you want to level up and then complete the first objective, Reach Location . You will receive EXP upon completing the objective. Pause the game and reload the checkpoint to repeat the first objective. Continue doing this to keep gaining EXP and level up fast and easy.

Day of the Remains Walkthrough

The level cap of Marvel's Avengers is at Hero Level 50. By then you should have all the skills unlocked: Primary, Specialty, and Mastery. Don't fret, there's still room for growth by growing in power!

Once you reach Level 50, you will want to focus on your hero's build by optimizing their stats (such as Precision, Might, Resilience, etc) and Gear Perks!

In order for us to make the best articles possible, share your corrections, opinions, and thoughts about 「How to Level Up Fast | Fast Leveling Guide | Marvel's Avengers」 with us!