Except for the two main Hive missions under the Hive Mind mission chain, all Hive missions have a randomized map, rooms, treasure switches and set of objectives. See the complete list of possible objectives below:

How to Unlock Hive Missions 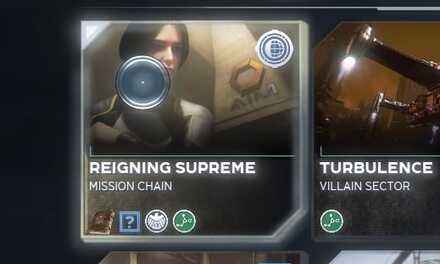 The first thing that you need to do before you can lay a finger on a Hive Mission is to complete the main story, which is the Reassemble Mission Chain.

After you unlock Reigning Supreme, you must complete its first set of tasks.

For the first step, you need to earn 1,500 SHIELD faction XP by completing SHIELD Assignments and complete 3 other Mission Chains — SHIELD Protocols, Vault Onboarding, and A Global Offensive — unlocked along with Reigning Supreme.

Doing so will start the Hive Mind, a mission chain where you can start unlocking Hive Missions that offer far better rewards and challenges.

Register as a member and get all the information you want. (It's free!)
Login
Opinions about an article or post go here.
Opinions about an article or post
We at Game8 thank you for your support.
In order for us to make the best articles possible, share your corrections, opinions, and thoughts about "How to Unlock Hive Missions | List of Hive Missions and Rewards" with us!
When reporting a problem, please be as specific as possible in providing details such as what conditions the problem occurred under and what kind of effects it had.