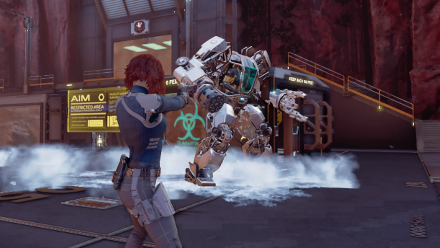 This is a walkthrough for all War Zone Missions (Side Quests) in the Marvel's Avengers game. Read on to find a list of all optional missions, as well as mission rewards and power level!

Note: Our writers are working as fast as possible to bring our walkthroughs to you! Please check back soon for more guides.

Threat Sectors are your basic War Zones with multiple objectives. Objectives in these missions vary depending on their type.

These Threat Sectors usually involve defeating an elite squad or defeating waves of enemies as its primary objective.

These Threat Sectors usually involve controlling a specified location or hacking into servers as its primary objective.

These are reiterations of the Threat Sectors with different Modifiers that makes them more challenging.

Villain Sectors are similar to Threat Sectors with the main difference being there is a boss fight in the end. All Villain Sectors may end up in a Taskmaster or Abomination boss battle.

Vault Missions are unique War Zone missions with hidden vaults within the map. Each Vault Mission end with a vault unlocking sequence that always end up with special sets of strongboxes in the end.

Also, these are the only missions that have a chance of spawning the rarest type of strongbox: the DNA Strongbox that can only be opened by DNA Keys acquired from boss fights.
Vault Onboarding Mission Chain Walkthrough

Hive Missions are one of the most difficult types of War Zones. These missions involve multiple floors of varying objectives and they contain some of the most diffcult enemies the game has to offer.

In order for us to make the best articles possible, share your corrections, opinions, and thoughts about 「List of War Zone Missions | Side Quests | Marvel's Avengers」 with us!