What Are Extra Skill Trees

An Unlockable Skill Tree for Each Character 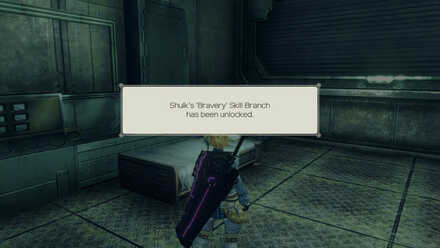 Each playable character in Xenoblade has three starting skill trees at their disposal. However, during the later stages of the game, there will be some quests that can allow your characters to learn new ones. This will greatly bump that character's strengths and unlock new possibilities with different skill links.

When Are Skill Trees Learnable?

All Skill Trees each have their own conditions before it can be learned. This varies from character to character but what all of them shares with each other is that they each require a hefty amount of progress in the story to be learned.

How to Unlock Extra Skill Trees

Each character have unique ways to unlock their own hidden skill trees. They come in the form of quests with varying difficulties. For a much more detailed guide for unlocking each character's skill tree, refer to the table below.

Register as a member and get all the information you want. (It's free!)
Login
Opinions about an article or post go here.
Opinions about an article or post
We at Game8 thank you for your support.
In order for us to make the best articles possible, share your corrections, opinions, and thoughts about "Extra Skill Trees" with us!
When reporting a problem, please be as specific as possible in providing details such as what conditions the problem occurred under and what kind of effects it had.