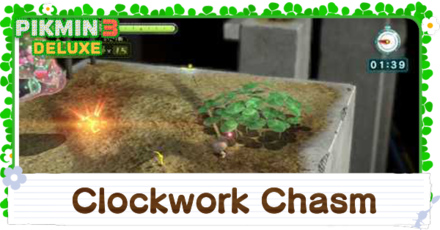 A guide to obtaining the platinum medal for the Battle Enemies! Mission: Clockwork Chasm in Pikmin 3 Deluxe for the Nintendo Switch. This guide will walk you through how to clear the mission and earn a platinum medal! 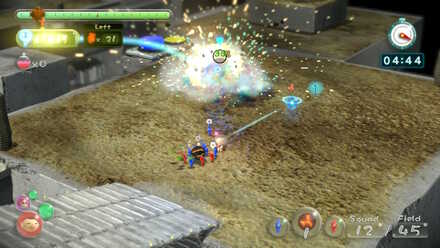 There are a lot of Bomb Rocks found around this mission, as well as strong enemies. Make use of every Bomb Rock you can get your tiny hands onto to get through the mission smoothly. 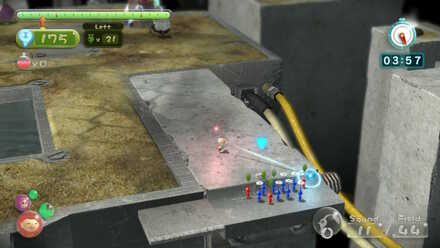 Since there are only two leaders in this mission, you must use the time efficiently and divide the tasks evenly. Learn to manage two separate groups and try to save as much time as possible. 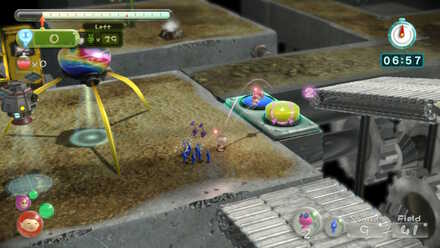 Gather everyone and throw Brittany on the yellow switch. Head south, defeat the Male Sheargrubs, and let the Winged Pikmin collect it.

Ride the belt west, ignore the Bomb Rocks for now, and throw a Pikmin in the hole. Defeat the Swooping Snitchbugs with the remaining Pikmin, gather the Bomb Rocks you passed by earlier, then return to the area where you defeated the Sheargrubs. 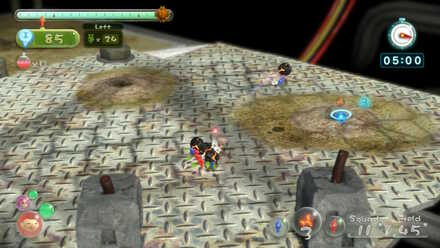 Bomb the Medusal Slurker and grab the Bomb Rocks and Red Pikmin. Throw a bomb at the conveyor belt east to break the metal wall before going up.

Bomb the two Hermit Crawmads as well as the Flighty Joustmite at the back. 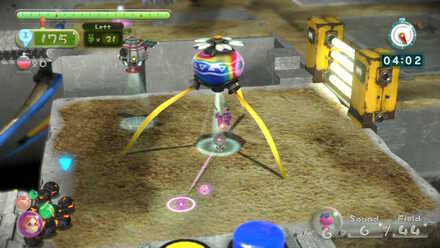 Pluck the new Pikmin at the Onion and gather them all.

3: Explore the Map and Defeat Enemies 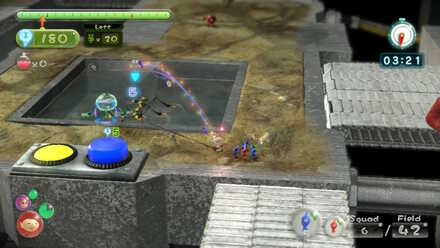 Defeat the Skeeterskate with Blue Pikmin then move west to another group of Skeeterskates. Take them out along with the Dwarf Bulborbs.

Disperse and go north alone. Grab one of the Bomb Rocks nearby and throw it at the Medusal Slurker. Gather the Winged and Yelllow Pikmin to the west. 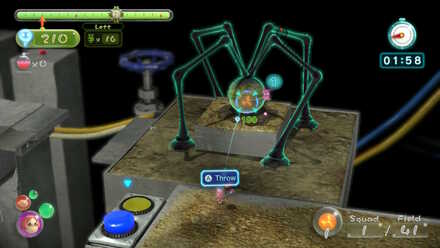 Collect all the Bomb Rocks and move to the area where you defeated the Flighty Joustmite. Head north and throw one Bomb Rock on the central platform.

A Baldy Long Legs will drop down. Take it out using Bomb Rocks but don't use all of them.

When you're done, fall into the chasm west like you did with Olimar earlier, gather the Winged Pikmin and defeat the Skutterchuck with a Bomb Rock.

Throw a bomb at the Bearded Amprat, head south and bomb the Male Sheargrubs, then east to charge the last Snitchbug with your Winged Pikmin.

Post (0 Comments)
Opinions about an article or post go here.
Opinions about an article or post
We at Game8 thank you for your support.
In order for us to make the best articles possible, share your corrections, opinions, and thoughts about "Clockwork Chasm Platinum Medal Walkthrough (Battle Enemies!)" with us!
When reporting a problem, please be as specific as possible in providing details such as what conditions the problem occurred under and what kind of effects it had.