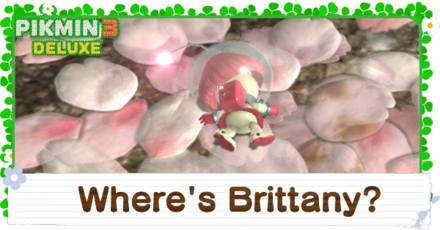 A walkthrough for Where's Brittany? in Pikmin 3 Deluxe for the Nintendo Switch. This section will cover reuniting with Brittany in the Garden of Hope, as well as meeting up with Rock Pikmin. Read on for a full list of objectives during this section! 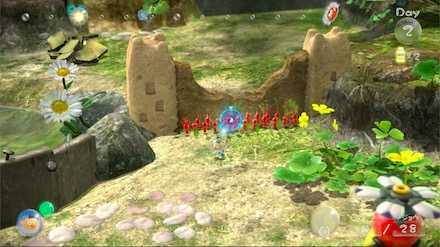 After calling your Pikmin that are standing under the Onion, use them to break the dirt wall. We recommend leaving a few Pikmin behind and using them to gather the nearby pellets and defeat the Dward Bulborb to increase your Red Pikmin.

Time is limited from Day 2 and onward, so be sure to work efficiently. The remaining food resoucres will only last for two more days, so try to gather fruit while searching for Brittany.

2: Carry the Fragments Found to the Northwest 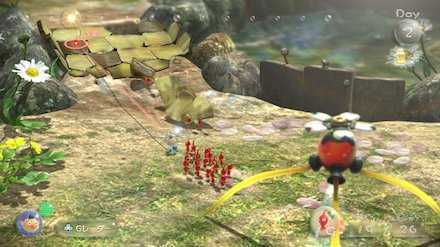 Continue through the broken wall and have your Pikmin carry the pieces of rubble. While carrying the fragments, the Dward Bulborb will eat some Pikmin if you have not yet defeated it, so it is best to defeat it beforehand.

3: Carry the Fragments Found Behind the Dirt Wall and Complete the Bridge 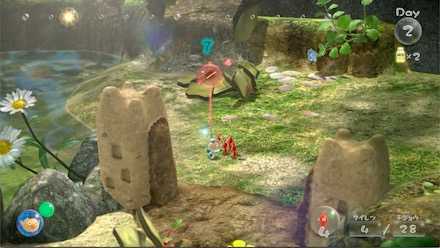 When finishing up transporting the pieces of rubble in the northeast, the southern dirt wall should already be broken. Gather the idle Pikmin and have them help with completing the bridge. 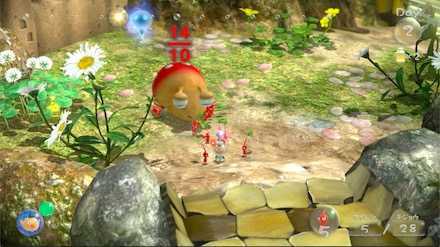 After crossing the bridge you will find a sleeping Bulbord by a dirt wall. Sneak up behind it while it is sleeping and have the Pikmin attack it. After killing it, have some Pikmin retrieve the Bulborb and use the remaining Pikmin to begin breaking the dirt wall. 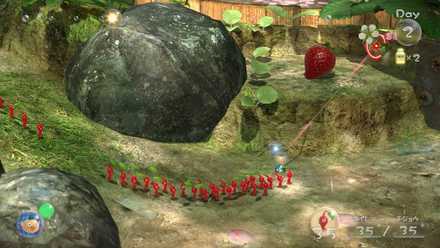 On a ledge, near where Brittany is trapped, you can find Sunseed Berry.

5: Befriend the Rock Pikmin in the Southeast Cave 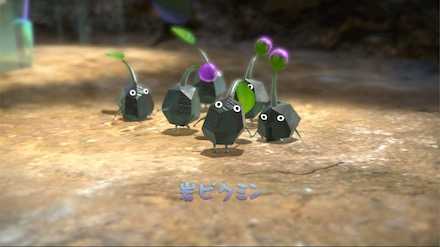 After opening the dirt wall and continuing forward some, you will discover Brittany. However, she is trapped behind a glass wall and you cannot meet with her, so head to the southeast cave to discover the Rock Pikmin.

Rock Pikmin Abilities and Where to Find

6: Break the Glass Wall and Meetup with Brittany 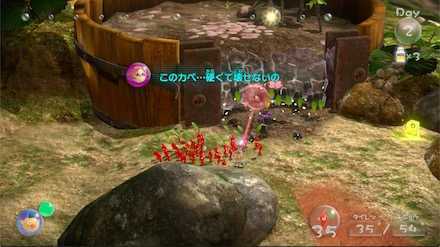 7: Work with Britanny and Retrieve the Face Wrinkler 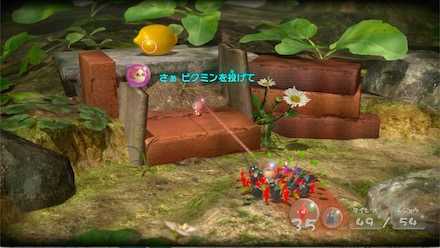 After meeting up with Brittany, you will able to perform work that you could not perform alone. Throw Brittany and some Pikmin onto the brick below the Face Wrinkler, and then change leaders to her in order to throw the Pikmin to the fruit and retrieve the Face Wrinkler.

From day 2 and onward, fruits are hidden at various points. Try to efficiently retrieve the fruit while referring to the map.

8: Carry the Fragments Found to the East and Complete the Bridge 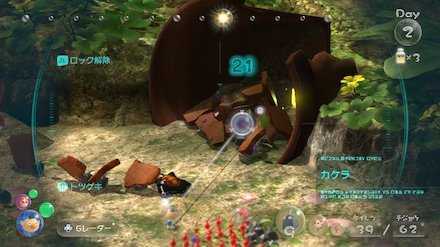 After reuniting with Brittany, transport the two piles of fragments found on the other across the bridge to complete another bridge. After it has been reconstructed, a route closer to the Drake will be open up which will help with fruit retrieval.

Register as a member and get all the information you want. (It's free!)
Login
Opinions about an article or post go here.
Opinions about an article or post
We at Game8 thank you for your support.
In order for us to make the best articles possible, share your corrections, opinions, and thoughts about "Where's Brittany? Walkthrough" with us!
When reporting a problem, please be as specific as possible in providing details such as what conditions the problem occurred under and what kind of effects it had.