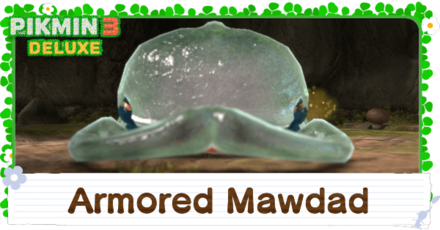 This video shows one method of defeating the Armored Mawdad with 0 Pikmin deaths!

How to Beat the Armored Mawdad

These steps are the premise of battling with the Armored Mawdad, the boss of the Garden of Hope. Defeating it will earn you the Data Glutton (which is required to progress through the story), as well as a Fire-Breathing Feast. 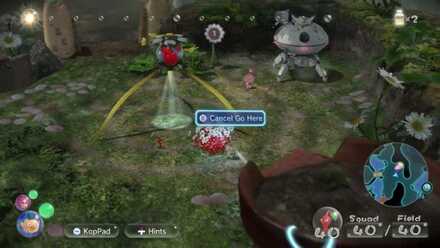 Before setting off to battle with this creature, split your leaders up, and with one taking only rock pikmin, and the other taking only red pikmin. You need to break the Armored Mawdad's tough exoskeleton with rock pikmin before the red pikmin can do anything, so have the leader with red pikmin wait in front of the cave.

While having at least 30 pikmin of each type should be enough, you can go all out and bring 50 of both, if you wish to be extra prepared. However, if you have 100 pikmin with you, just be careful not to lose track of any of their positions, as it might lead to their demise. 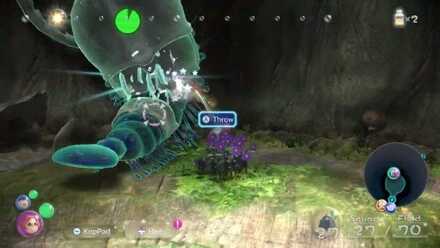 Since its body is encased in crystal, you have to destroy it with Rock Pikmin before it can take any damage. Locking on to the Mawdad's mandibles and destroying them will lower the risk of Pikmin getting caught by it.

Attack with Red Pikmin after breaking its armor 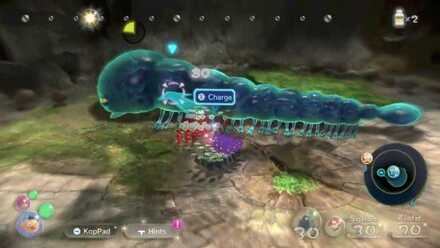 Lock on to the areas where the armor has been broken off, and attack by throwing Red Pikmin. Rock Pikmin can also be used to attack, but Red Pikmin have higher attack so mainly focus on attacking with Red Pikmin. 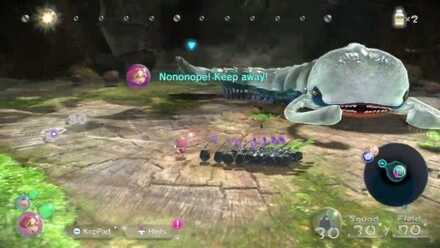 The Mawdad attacks by charging in, but it is possible to dodge if you remain calm and make some distance between it. When your Pikmin are spread out, make sure to gather them up and move them to where they won't be caught in the Mawdad's charge.

Just like in Story Mode, you can clear this mission by first throwing Rock Pikmin at the boss to break its armor, then having your Red Pikmn charge at it afterward. Simply stay behind it as much as possible, and watch out for its attacks.

Dodge its charging attack and whistle for all Red Pikmin

Post (0 Comments)
Opinions about an article or post go here.
Opinions about an article or post
We at Game8 thank you for your support.
In order for us to make the best articles possible, share your corrections, opinions, and thoughts about "Boss Battle Guide: How to Beat the Armored Mawdad" with us!
When reporting a problem, please be as specific as possible in providing details such as what conditions the problem occurred under and what kind of effects it had.