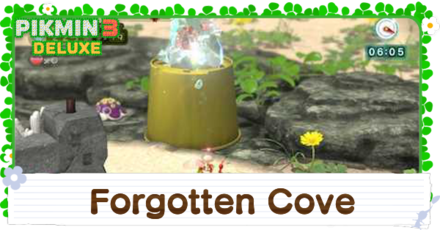 A guide to obtaining the platinum medal for the Battle Enemies! Mission: Forgotten Cove in Pikmin 3 Deluxe for the Nintendo Switch. This guide will walk you through how to clear the mission and earn a platinum medal! 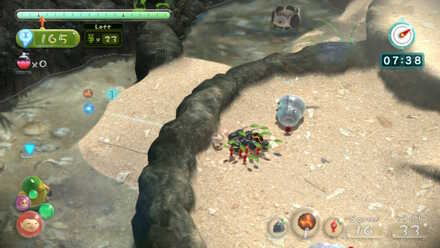 You can save a significant amount of time by defeating enemies using Bomb Rocks. Carefully choose a position where you throw a Bomb Rock so it attracts multiple enemies and take them all out at once. 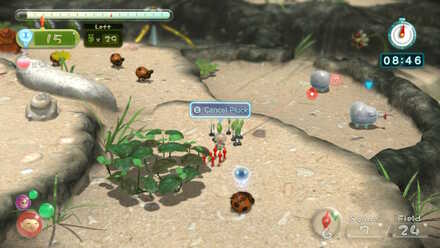 Gather the Red Pikmin and throw one at the Fiery Blowhog to your right. Defeat the Dwarf Orange Bulborb north of the dirt wall and pluck the Rock Pikmin.

Defeat more Dwarf Orange Bulborbs southeast, break the crystal with some Rock Pikmin, and grab the Bomb Rocks inside. 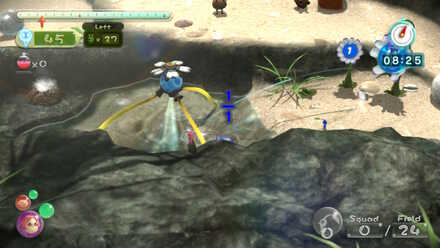 Pluck the Blue Pikmin and collect all the pellets nearby. Pluck the new ones then move them west near the Orange Bulborb. 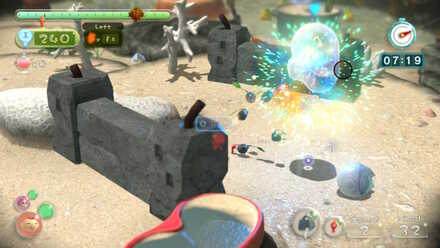 This is probably the hardest part as you have to make sure the Bomb Rocks don't land in the water. Throw one near the Waddlepus, one between the Fiery Blowhogs up north (if one survives, take it out with your Pikmin), and the last one near the Yellow Wollywog

Defeat the Dwarf Orange Bulborbs nearby and the Medusal Slurker at the center then head north near the large crystal.

Destroy the crystal, grab the bombs, then head west near the Peckish Aristocrab. 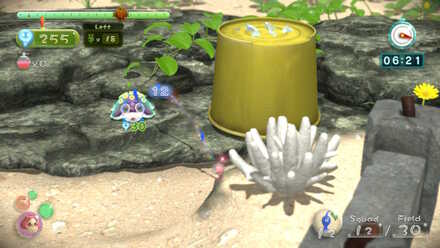 3: Wipe Out the Rest 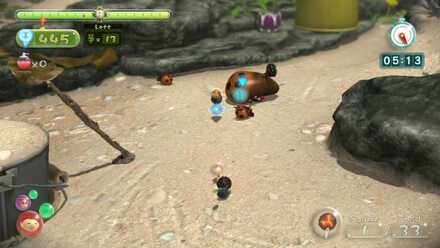 Destroy the crystal in the middle of the lake but don't grab the bombs. Head south and take out the surviving Dwarf Orange Bulborbs. 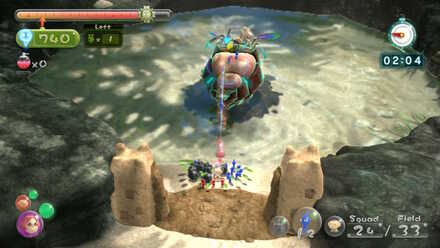 Defeat the Puckering Blinnows then grab the Bomb Rocks from the broken crystal. Throw a bomb between the two Wollywogs and take out the last with your Blue Pikmin.

Gather everyone south, have the Bug-Eyed Crawmad devour the two Bomb Rocks, then throw all your Pikmin at it when it's turned over.

Post (0 Comments)
Opinions about an article or post go here.
Opinions about an article or post
We at Game8 thank you for your support.
In order for us to make the best articles possible, share your corrections, opinions, and thoughts about "Forgotten Cove Platinum Medal Walkthrough (Battle Enemies!)" with us!
When reporting a problem, please be as specific as possible in providing details such as what conditions the problem occurred under and what kind of effects it had.