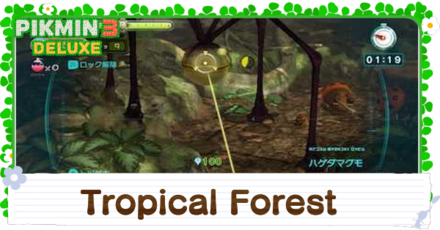 A guide to obtaining the platinum medal for the Battle Enemies! Mission: Tropical Forest in Pikmin 3 Deluxe for the Nintendo Switch. This guide will walk you through how to clear the mission and earn a platinum medal!

Use the Bomb Rocks Effectively 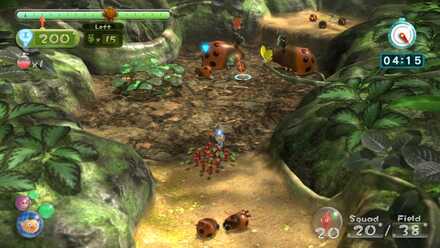 Dwarf Orange Bulborbs and Orange Bulborbs are scattered all over the map and might give you a hard time if not dealt with properly. Use the Bomb Rocks that you have picked up along the way to quickly get rid of these enemies. 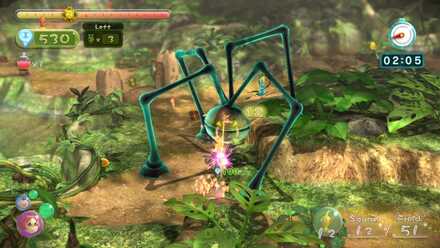 The weakpoint of Baldy Long Legs, the boss of this mission, is its orb-like body. When you have gathered enough Pikmin, use an Ultra-Spicy Spray to boost your Pikmin's combat capabilities then attack its body until it is defeated. 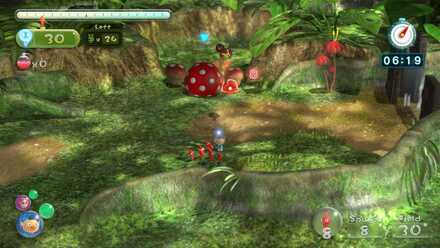 Call the Red Pikmin, collect the pellets, and defeat the Dwarf Bulborbs. Grab the nearby Bomb Rock then use it to defeat the Bulborb. After clearing the path, grab the other Bomb Rock. 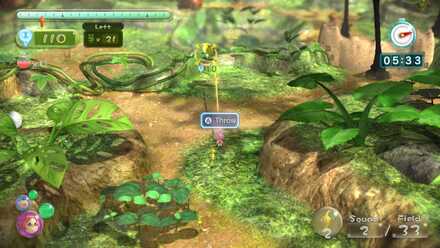 Pluck the Yellow Pikmin and defeat the two Dwarf Bulbrobs and the Yellow Spectralid. 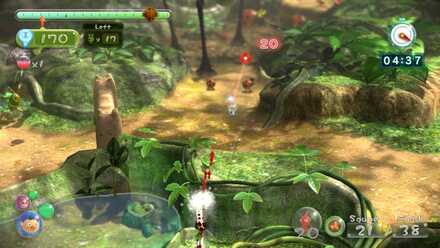 Defeat all enemies in the central area and collect the nectar from the Red Spectralid. Don't bring the corpses back to the Onion and proceed to the upper area by riding the geyser.

Take out the two Dwarf Orange Bulborbs with your Pikmin then throw a Bomb Rock in the middle of the Orange Bulborbs to instantly dispose of them. Throw some Pikmin on to the ledge to grab the 3 Bomb Rocks. 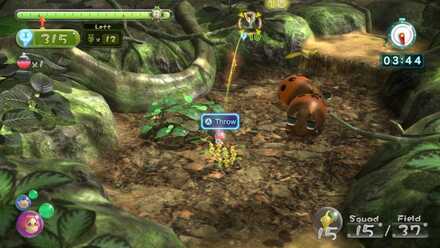 Find the Baldy Long Legs, consume an Ultra-Spicy Spray, then throw all your Pikmin at the body of the giant.

Post (0 Comments)
Opinions about an article or post go here.
Opinions about an article or post
We at Game8 thank you for your support.
In order for us to make the best articles possible, share your corrections, opinions, and thoughts about "Tropical Forest Platinum Medal Walkthrough (Battle Enemies!)" with us!
When reporting a problem, please be as specific as possible in providing details such as what conditions the problem occurred under and what kind of effects it had.