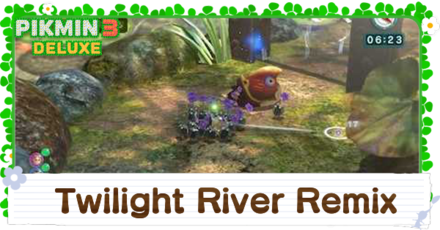 A guide to obtaining the platinum medal for the Battle Enemies! Mission: Formidable Oak Remix in Pikmin 3 Deluxe for the Nintendo Switch. This guide will walk you through how to clear the mission and earn a platinum medal! 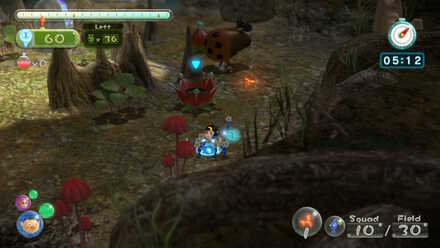 This mission is swarming with different types of Bulborbs. Make sure to grab all the Bomb Rocks lying around to take these enemies out quickly.

Defeat Enemies with the Metal Ball 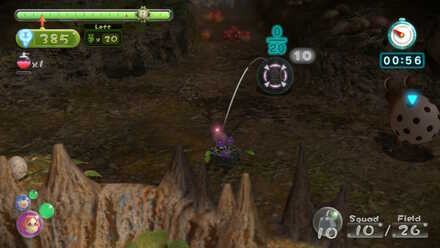 Due to the strict time limit, you should do any means necessary to deal with enemies as fast as possible. The metal ball at the beginning can help you with that. Simply push it with your Pikmin and run the enemies over. 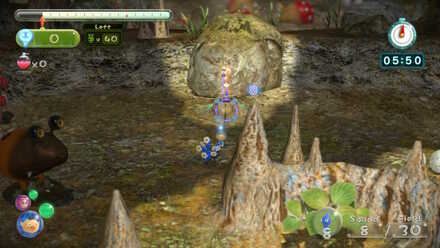 Gather the Blue Pikmin and head out. Throw two Pikmin in the hole and circle around the area while defeating four Dwarf Orange Bulborbs (2 on each side) along the way.

Once you get back to the starting point, grab the two Bomb Rocks, and use one to defeat the Orange Bulborb.

Throw all your Pikmin (except the one holding the bomb) at the red flower to change their type. Leave them unplucked and proceed north near the lake. 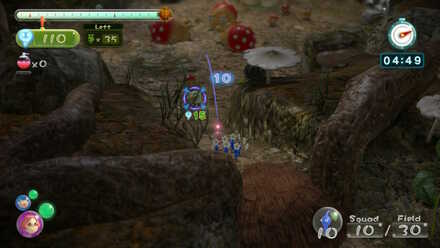 Gather the Blue Pikmin and sneak around the Orange Bulborbs. Head to the area on the right and defeat the Dwarf Bulborbs.

Throw five Blue Pikmin in the black flower to change their type. Defeat the other Dwarf Bulborbs at the back then change all your Pikmin to Rock Pikmin.

2: Moving to Other Areas 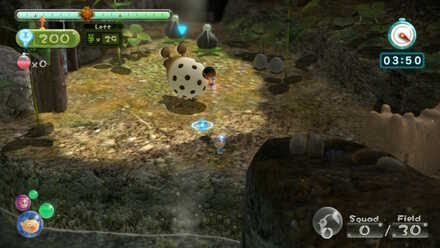 Jump up using the geyser and throw the bomb at the Whiptongue Bulborb. Take the Blue Pikmin and pluck the Red Pikmin from earlier.

Break the dirt wall near you and defeat six Dwarf Bulbears in the next area. Throw two Pikmin in the hole to get more Rock Bombs.

Disperse the squad, and bring one Rock Bomb north. Lure the Spotty Bulbear and let him devour the Bomb Rock.

Gather your squad and regroup with Brittany's. 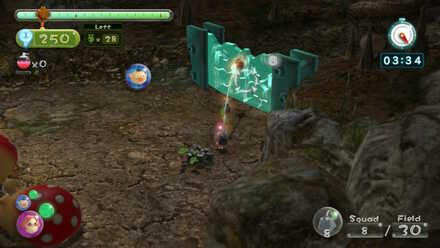 Break the glass wall nearby and go right at the fork while defeating the five Dwarf Orange Bulborbs you'll run into. Break the eggs and collect the nectar inside. Head to Alph's starting point afterward and break the crystal but don't grab the Bomb Rocks yet.

Control Alph and throw the other Bomb Rock at the Whiptongue Bulborb. Call in Brittany's squad and push the metal ball to wipe out enemies on the west.

Post (0 Comments)
Opinions about an article or post go here.
Opinions about an article or post
We at Game8 thank you for your support.
In order for us to make the best articles possible, share your corrections, opinions, and thoughts about "Formidable Oak Remix Platinum Medal Walkthrough (Battle Enemies!)" with us!
When reporting a problem, please be as specific as possible in providing details such as what conditions the problem occurred under and what kind of effects it had.