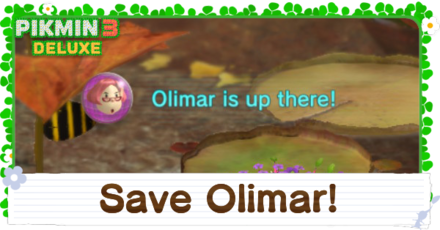 This is a story walkthrough for Save Olimar! in Pikmin 3 Deluxe for the Nintendo Switch. This guide will go over recovering the fruit and saving Olimar within the Twilight River. Read on for more tips and strategy. 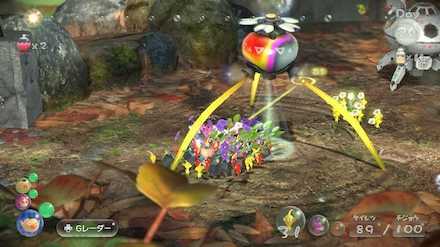 First take a single leader, and have them take out just four Yellow Pikmin, then use the Go Here command to go in front of the cave, where you found the bomb rocks. Take out a mix of all other Pikmin types with your other leaders, and have them ride the lily pad and head southwest.

Recover the Dapper Blob near the landing site 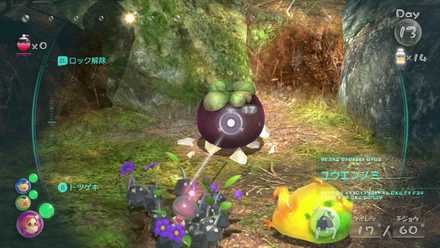 You can recover the Dapper Blob by heading northeast of the landing site at the back of the water area. The fruit is trapped win crystal, so use your Rock Pikmin to break it free. You can choose to use Winged Pikmin to transport the fruit as they can move it faster. There are Yellow Wollywog in the area, make sure to defeat them first before proceeding to the fruit.

2: Go in front of the cave and pick up the Bomb Rocks 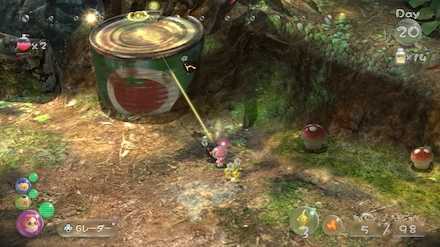 Swap to the team of four Yellow Pikmin once they arrive, and throw the Pikmin on top of the can to collect the bomb rocks. Then use Go Here to have them move close to the lily pad to the south, and switch back to your other team.

Recover the Searing Acidshock near the empty can 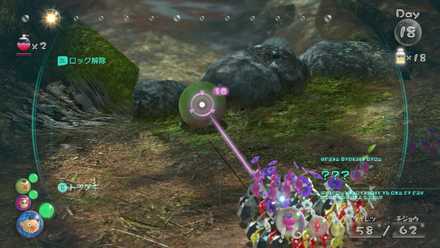 There is a Flukeweed close by that is hiding a Searing Acidshock. You can come back later with Winged Pikmin and have them pull up the Flukeweed and transport the fruit to the Drake for analysis.

3: Push the paper bag and create a shortcut

After entering the southweast area, head back in the direction of the S.S. Drake to find a Paper Bag. Use your Pikmin to push this bag down and create a shortcut. At this time, your should be able to reunite with the team of bomb rock holding Pikmin.

Recover the Delectable Bouquet west of the landing site 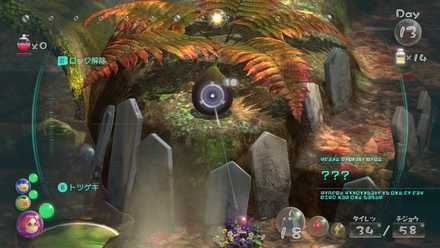 The Delectable Bouquet is located to the west of the landing site on a ledge near the paper bag. You need to throw Winged Pikmin to reach this fruit.

Recover the Dusk Pustules once you crossed the river 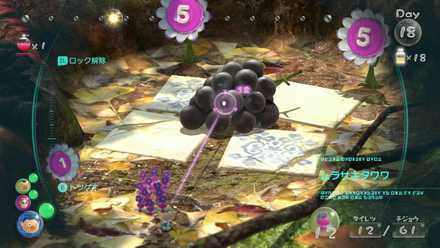 If you have time and Pikmin to spare, you can recover the Dusk Pustules which can be found once you have crossed the river, south of the landing site. Close to where you find the Delectable Bouquet.

4: Use the bomb rock and destroy the wall 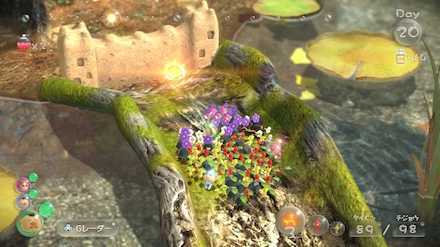 After reuniting all leaders and Pikmin, head back toward the Southwestern area, and use three bomb rocks to blow up the iron wall. You can use the remaining bomb to blow up the dirt wall that lies to the southeast, as it will save you some time. Continue forward, where you will encounter another electric gate, so have your Yellow Pikmin destroy it for you.

5: Defeat the Burrowing Snagret and clear the path 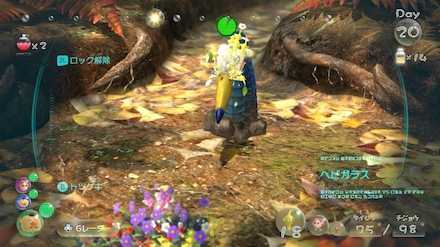 After destroying the Electric Gate and continuing forward, you will encounter the Burrowing Snagret. You have to efeat this creature to get to the other side, so throw Pikmin at its head, which is its weak point. Winged Pikmin are quite effective against this creature, so you may want to use some Ultra-Spicy Spray, then have several of them charge forward to attack it.

Burrowing Snagret: Locations, Weight, and How to Defeat

Continue forward and to find a paper bag 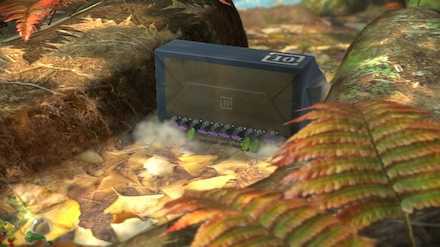 After defeating the Burrowing Snagret, continue forward before recovering anything it dropped, and move the paper bag forward to open up a new path. This will allow for much easier transportation and movement.

6: Recover the fruit dropped if you have time left 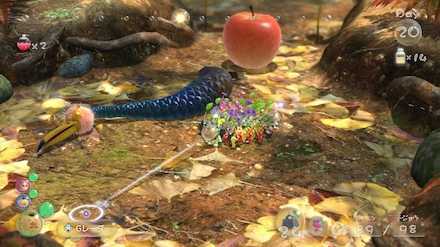 If you still have time, you can recover the fruit that you didn't pick up, including an Insect Condo dropped by the Burrowing Snagret. Several fruit can be found in the southwest area of the map, so try and recover as many as you can before the sun sets.

Register as a member and get all the information you want. (It's free!)
Login
Opinions about an article or post go here.
Opinions about an article or post
We at Game8 thank you for your support.
In order for us to make the best articles possible, share your corrections, opinions, and thoughts about "Save Olimar! Walkthrough" with us!
When reporting a problem, please be as specific as possible in providing details such as what conditions the problem occurred under and what kind of effects it had.