Difference Between Difficulty Modes | Which Difficulty Should You Choose? | Pikmin 3 Deluxe 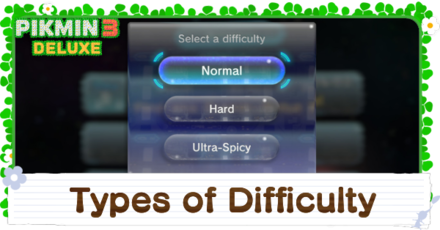 There are 4 Main differences between Difficulty Levels: Daily Time Limit, Enemy HP, Max Number of Pikmin Out, and Amount of Juice Obtained.

Which Difficulty Setting Should You Choose? 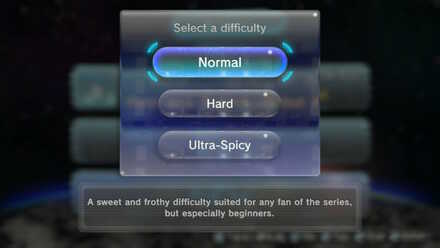 The Normal Difficulty setting allows you to experience the wonders of PIkmin 3 Deluxe without getting bogged down by time-crunches, hard bosses, or added limitations. Choosing the Normal difficulty will allow you to explore the world of PNF-404 to your hearts content.

If you are new to the Pikmin series, or didn't play Pikmin 3 on Wii U, we recommend starting here!

Hard Difficulty for an Added Challenge 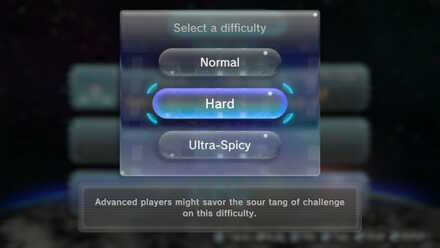 Choosing to play in Hard Difficulty qill add an extra layer of challenge to your playthrough. Seeing as your time limit per day is greatly reduced, you are going to have to play smart and outwit the daily time limit. Gathering resources and fighting bosses will be a bit of a challenge as well as their HP has been amped up to about twice of what they had in Normal Difficulty.

If you are a Pikmin vet, and have already beaten Pikmin 3 on Wii U, why not start here for an extra challenge? 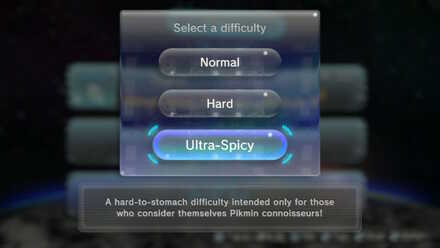 Choosing to play the Ultra-Spicy Difficulty on your playthrough means you are willing to defy all odds and finish the game even with hard limitations. As with Hard Difficulty, the health of enemy bosses are doubled, but the amount of Pikmiin you can have on the field is greatly reduced.

In Ultra-Spicy Difficulty, you're going to have to play it super careful and smart as one wrong move might cost you more than you bargained for. If getting 0 deaths is a priority for you, this mode will certainly be that tough challenge you are craving!

How to Unlock Ultra-Spicy Difficulty 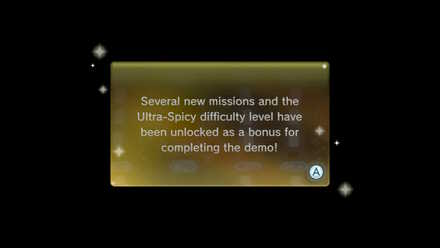 Ultra Spicy-Mode is unlocked automatically for those who cleared the story mode demo of Pikmin 3 Deluxe prior to the game's release. The demo section goes from the start of the game, to the battle with the Armored Mawdad. It will end before starting at the Distant Tundra. 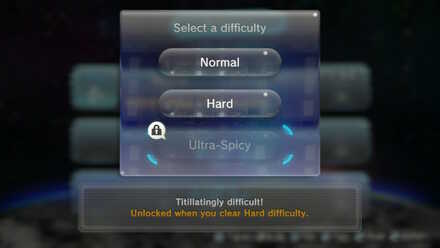 Badges are obtained for clearing each difficulty mode

After clearing the story mode, you'll obtain a badge for whatever difficulty you played at. If you want to get all badges, you'll need to beat Ultra-Spicy mode!

Badges Obtained at Each Difficulty

The following steps show how to change game difficulty:

First, locate your save file. This is found by opening the story start menu. 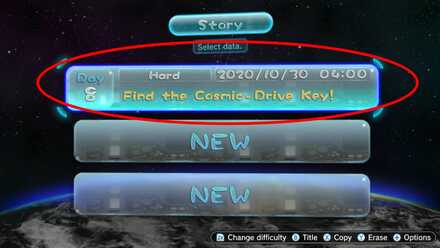 Second, you need to press the ZR button on a save file chosen.

After that it will give you a warning message whether you wish to proceed or not. Just click change if you choose to proceed. Keep in mind that for each new stage you play in a different difficulty, your previous playthrough will be replaced once the day ends. Also, scores can only be posted when playing through on a single difficulty, without changing. 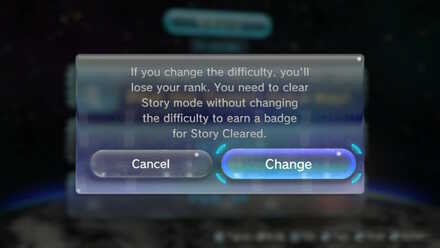 Then lastly, you proceed to pick which game difficulty you want to change it to. 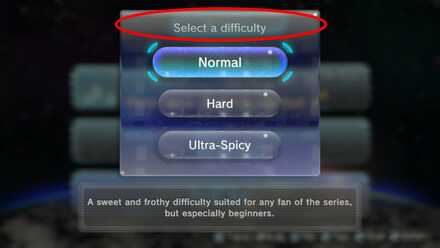 Post (2 Comments)
Opinions about an article or post go here.
Opinions about an article or post
We at Game8 thank you for your support.
In order for us to make the best articles possible, share your corrections, opinions, and thoughts about "Difference Between Difficulty Modes | Which Difficulty Should You Choose?" with us!
When reporting a problem, please be as specific as possible in providing details such as what conditions the problem occurred under and what kind of effects it had.