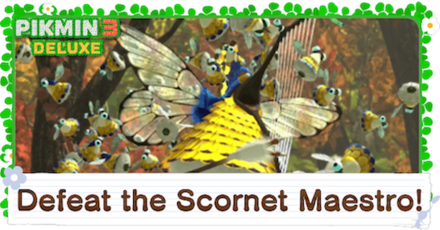 This is a story walkthrough for Defeat the Scornet Maestro! in Pikmin 3 Deluxe for the Nintendo Switch. This guide will cover the battle with the Scornet Maestro, the boss of the Twilight River, and saving Olimar. Read on for more tips and strategy!

1: Defeat the Scornets and Destroy the Dirt Wall 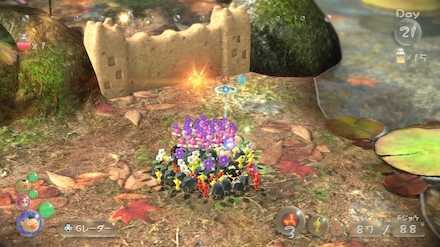 Take out a bunch of Winged Pikmin (at least 40), along with the other types, and head back to the southwest area. Go all the way until furthest southwest lily pad hop on point, and you will encounter a dirt wall swarming with scornets. Have your Winged Pikmin charge at the scornets to make quick work of them, then put all other Pikmin to work destroying the wall.

2: Lift the Clipboard and Carry the Fragments 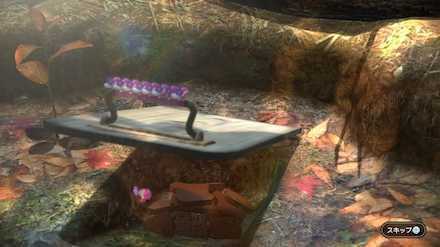 Pass through where the wall was and take out the Arachnode and other enemies in the vicinity. Throw your Winged Pikmin on the right clipboard to have them lift it up. Underneath it, you'll find bridge fragments, so have about half of your Winged Pikmin carry them to the bridge location. 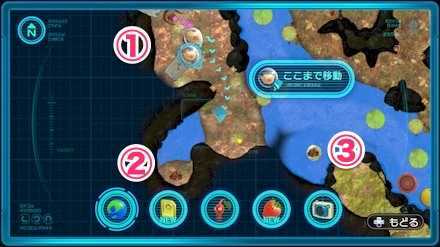 3: Use the winged pikmin to carry the fragments from beyond the water 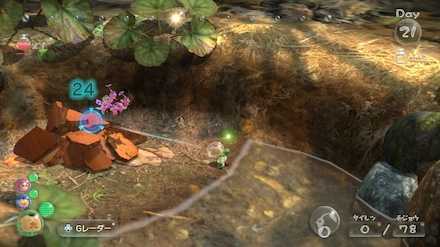 4: Use the Bouncing Mushroom to cross the river 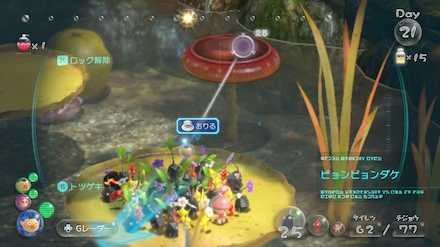 After the Winged Pikmin from the second location carry all the fragments, reassemble your team, and ride the lily pad again. Along the way, you'll encounter a Bouncing Mushroom. Throw two leaders and 15 Winged Pikmin, as well as several Rock Pikmin at the mushroom to have them cross. The remaining leader and Pikmin will hop off automatically, so you can go ahead and switch over to the leader you threw.

Recover the Blonde Impostor nearby 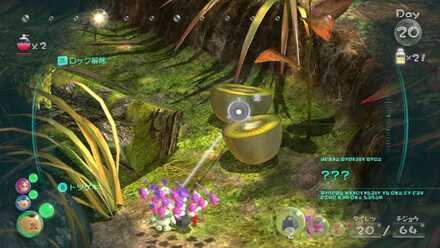 Using the Lily Pad and the Bouncy Mushroom you can reach the area where the Blonde Impostor is. The fruit will be trapped in a crystal so it is best to bring Rock Pikmin with you when you gather this fruit.

5: Collect the bridge fragments from the stump 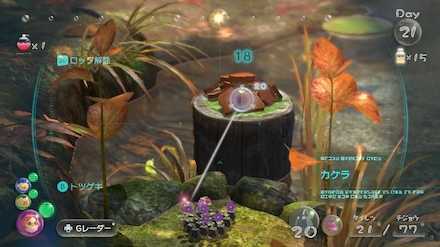 Taking control of the team now on the other side, head right and take out the Arachnode blocking the path. Afterward, throw the Winged Pikmin to the stump with the bridge fragments on it. After these are moved, the bridge will finally be complete, and you can change leaders again.

6: Dig up the Scorch Guard

Switching back to the leader who rode the pad until the end now, throw 10 Yellow Pikmin to the lifted tree roots. They will begin digging up the Scorch Guard, which they will then bring back to the S.S. Drake. As the Yellow Pikmin head back toward the Drake, reunite with the other leaders and Pikmin. 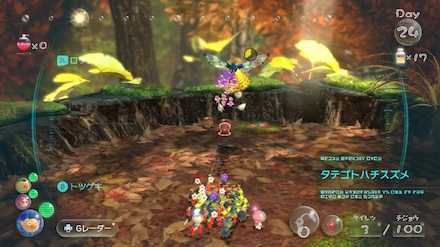 With the bridge complete, you can now cross over it and head to the top of the tree to begin battle with the Scornet Maestro. This boss cannot be damaged while its Scornet minions are protecting it, so be sure and wait until after it fires them off.

Using the Dodge Whistle here to dodge its scornets is very helpful. After dodging, lock on and have your Winged Pikmin charge at it, then send the rest of your Pikmin at it when it falls down.

Boss Battle Guide: How to Beat the Scornet Maestro

Once the Winged Pikmin bring it down, have all your pikmin charge at it

Using Ultra-Spicy Spray before charging will make your attacks even more effective. The basic order for this battle is to dodge the scornets, bring it down with Winged Pikmin, then attack with your remaining Pikmin when it falls down. Depending on how much HP it has, the flight pattern of its scornets will change, but for the most part, the strategy is the same.

8: Recovering everything takes some time 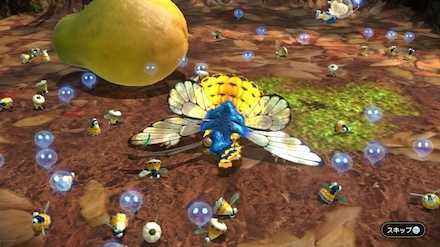 After defeating the Scornet Maestro, it will drop a Hocotatian who appears to be... Olimar? In addition, a Seed Hive, about 100 scornets, and the Maestro itself will be up for grabs, so getting everything will take two trips. If you have time, get all of the scornets, as they will be gone the next day (or leave them if you fell that you have enough Pikmin as is).

Everything else, including the boss remains, the fruit, and the Hocotatian can be recovered the next day, so consider ending the day and coming back again tomorrow if it seems like you don't have the time to carry everything. At the very least, go ahead and take the Hocotatian to the Drake.

The Hocotatian will steal all of your juice the following day, so having some fruit ready to be recovered right away will be very useful.

Recover the Tremendous Sniffer behind an iron wall 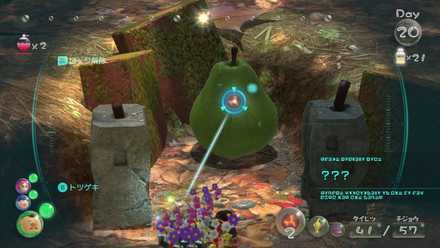 The Tremendous Sniffer can be found hidden behind an iron wall. You will need 3 bomb rocks to break this wall. This is the only area where you can get this fruit.

Post (0 Comments)
Opinions about an article or post go here.
Opinions about an article or post
We at Game8 thank you for your support.
In order for us to make the best articles possible, share your corrections, opinions, and thoughts about "Defeat the Scornet Maestro! Walkthrough" with us!
When reporting a problem, please be as specific as possible in providing details such as what conditions the problem occurred under and what kind of effects it had.