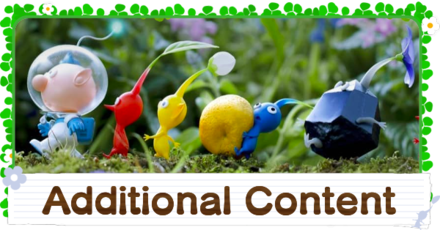 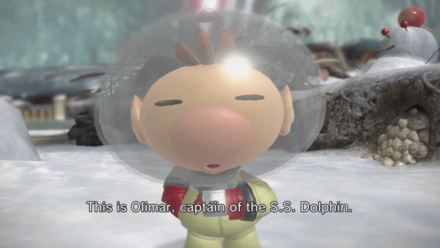 Side Stories have been added as additional content. Gather treasure or parts on missions with Olimar and Louie. You will not be able to defeat bosses and progress in Story Missions while playing side stories.

Side Story Walkthrough: How to Unlock Side Stories 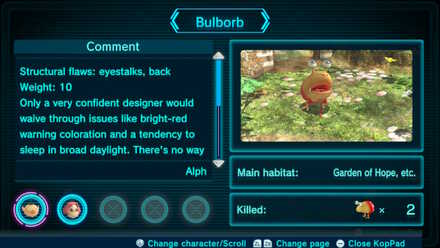 In the Pikmin 3 Deluxe version, the Piklopedia has been added to your KopPad. The Piklopedia keeps a record of ecoloy of each creature you encounter as well as how many you have defeated. Furthermore, each crew member can write their own report on each creature which gives completionists another factor to complete. 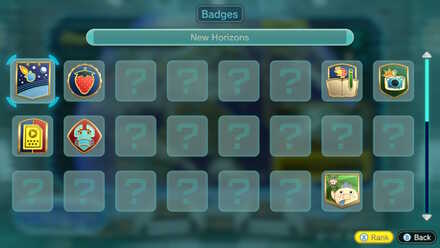 Badges have been added as additional content. They can be obtained after beating bosses or gathering fruits. There are also badges that can take some time to acquire, so like the Piklopedia it adds another factor to 100% runs of the game.

New Difficulty Options to Choose From 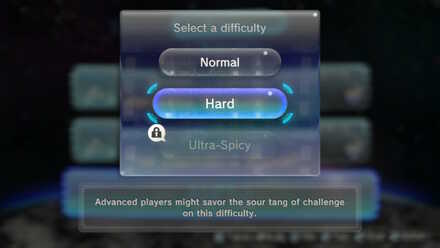 Pikmin 3 Deluxe offers three difficulty modes to choose from: Normal, Hard, and Ultra Spicy, with each differing in factors such as day length, enemy HP, and max Pikmin limit. If you have already played Pikmin 3, we recommend Hard Mode.

Ultra-Spicy Difficulty is the hardest difficulty mode in Pikmin 3 Deluxe, obtained either by clearing the demo before starting a save game, or by beating story mode on Hard. In Ultra-Spicy, days are shorter, enemies have more HP, and you will have a 60 Pikmin out max limit! 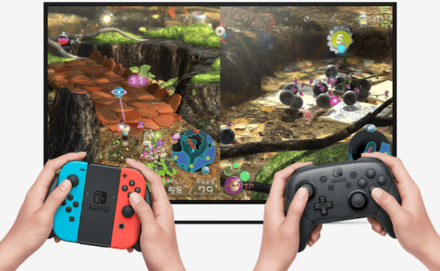 You can now share your Joy-Con controller and enjoy co-op play with a friend. You can also play with a Pro Controller for better effeciency as you progress through the story.

How to Play Multiplayer | Is There Online Co Op? 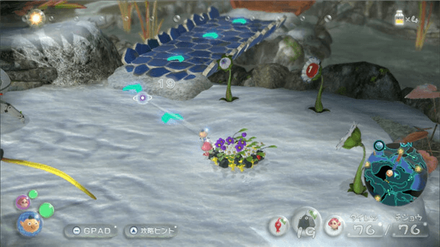 The Hints feature has been added to Pikmin 3 Deluxe, making Story Mode easier. It is a feature that is very useful when you are unsure of what to do and we recommend using this feature for players who have not played previous versions.

Differences From Wii U Version 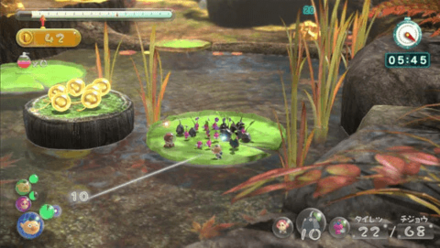 This was also feature in the previous game as downloadable content. All mission stages have been compiled together and 36 courses can be played individually. In this mode, aim for a platinum medal by defeating enemies and gathering fruit within the limited mission time.

The whistle used to call Pikmin and teammates is much larger now, and will expand a lot quicker. In addition, Pikmin in the middle of a task, such as building a bridge, will not stop their task when whistled for, unless the whistle is held for a few seconds, preventing you from accidentally causing them to drop the bridge fragment and send it back to its origin point.

As you may expect when moving from the Wii U gamepad to Switch, several changes to controls were made. Here we will detail a few of them:

Switching characters is now done differently. Instead of pressing a button to switch to another character in order, you hold Y, then press the analogue stick left or right, depending on which character you want to switch too. Ultra-Spicy Spray and the dismiss whistle are also used via this toggle.

Your cursor will now show you things you can lock onto. Press ZR to lock-on, and B to cancel. Pressing ZR again allows you to quickly change targets. Also, L and R are now both used to change Pikmin types, so that you can more easily select what you will throw.

Charging now only makes the type of Pikmin you currently have equipped charge forward, rather than all of your Pikmin. Additionally, you can now charge without locking on.

Charging is useful for collecting items too. Charging once will make the minimum Pikmin necessary to carry something grab the item, while charging a second time will cause them to fill in remaining slots.

Deluxe Controls and How to Play

Several changes to the KopPad's Camera mechanics were also made. To learn more about this feature, see the guide below.

Post (0 Comments)
Opinions about an article or post go here.
Opinions about an article or post
We at Game8 thank you for your support.
In order for us to make the best articles possible, share your corrections, opinions, and thoughts about "New Features and Deluxe Changes | Differences Between Switch Vs Wii U" with us!
When reporting a problem, please be as specific as possible in providing details such as what conditions the problem occurred under and what kind of effects it had.