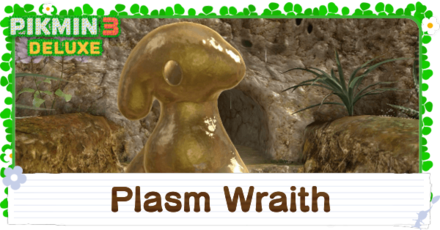 This is a guide to defeating the Plasm Wraith, the final boss in Pikmin 3 Deluxe for the Nintendo Switch. Read on to learn tips and strategy for beating the Plasm Wraith boss found in the Formidable Oak without losing any of your Pikmin! A no Pikmin deaths video walkthrough is also included.

This video shows one method of defeating the Plasm Wraith with 0 Pikmin deaths! Note that although all Pikmin were drawn out just in case, this boss can be defeated entirely using Rock Pikmin alone.

How to Beat the Plasm Wraith

These steps are the premise of battling with the Plasm Wraith, the boss of the Formidable Oak. As the final boss of Pikmin 3, defeating it will allow you to rescue Captain Olimar and complete the Story Mode.

While all Pikmin will play a role in this battle, rock pikmin are especially useful, as they can't be killed by most of the Plasm Wraith's attacks (other than the elemental cores). Bring a ton of them, and make sure to have at least 10 of each of the other type. A

Also, as the final fight, use your ultra-spicy spray liberally here. We recommend using it on your rock pikmin right after the battle starts. 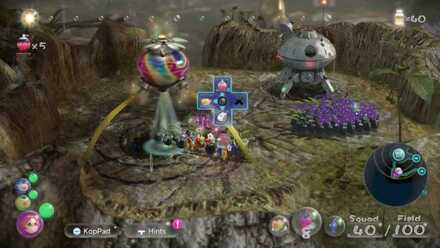 First of all, you should split up into two groups. In one group, you'll want at least 30 rock pikmin (though having 60 doesn't hurt), and then at least 10 of each other type of pikmin in the second group. As mentioned above, the rock pikmin are unhurt by the boss's punching attack, so you will want to rely on them primarily if you are going for a 0 death run.

In fact, almost the entire battle can be fought with rock pikmin alone, though it is nice to have other pikmin to help out with the elemental cores. When not using this team, keep them near the tunnel that leads to the S.S. Drake, as it will keep them safe from harm. 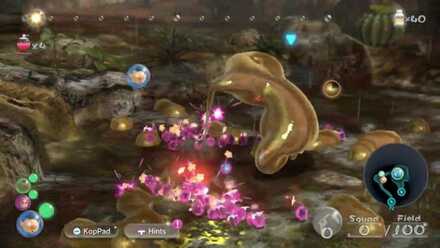 It regenerates HP if you dont destroy the pieces 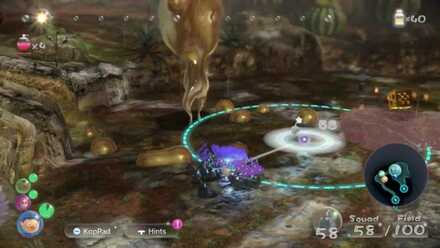 If you leave the Plasm Wraith's behind for too long without destroying them, the Plasm Wraith will reabsorb them and regenerate HP. To quickly attack these, gather your pikmin, walk into an area surrounded by the fallen pieces, then Dismiss your pikmin to have them immediately start attacking it for you. This will be a bit faster than using the Charge command.

Determine the elemental type and attack the core 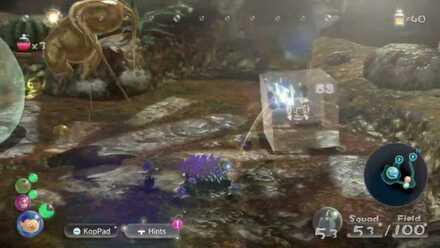 Once its HP gets to about 70%, it will begin to send out elemental cores. The cores it creates will be one of the four types below, so use the appropriate pikmin to attack the core, which will allow you to break the Plasm Wraith's pieces and deal damage. If the core type is not crystal, you will need to switch to the other team and come in for an attack.

If you prefer to play it safe, you can just avoid attacking the cores until a crystal one comes out, as this will allow you to avoid losing other pikmin. Just keep in mind that fire, electric, and water cores can kill your rock pikmin, so whistle for them right away if they are hit by it.

Elemental Cores will be Electric, Fire, Water, or Crystal

Use winged pikmin when it flies in the air 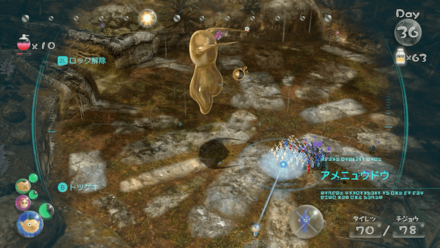 With its HP at about 50%, the Plasm Wraith may fly into the air while putting out two cores. You can continue using the same strategy as before, but is also possible to attack the Plasm Wraith in the air by having winged pikmin charge at it. Once again, retreat to safety after bringing it down.

Damage it by attacking the three cores 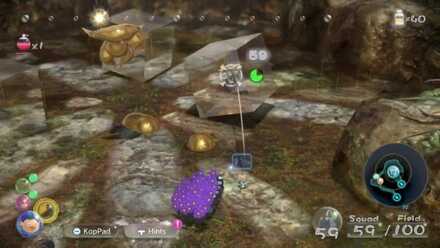 At about 30%, the Plasm Wraith will begin to make three cores at a time. For the most part the strategy is the same, but be extra careful not to have your pikmin killed by an element they cannot handle. This part can be extremely dangerous if you don't exert caution, so you once again may wish to only attack crystal cores when they show up, while avoiding the others.

Attack the Plasm Wraith's body and destroy the pieces like in the beginning to finish off the fight. After it loses enough HP, you will defeat the last boss and complete the game.

If you have Pikmin attack the Plasm Wraith, it will throw off fragments of its body. However, the Plasm Wraith uses a piercing attack, which will kill any Pikmin except for Rock Pikmin. Therefore, pluck a bunch of these to start off!

It's fine to pluck the other Pikmin afterward as well, but you don't have to. However, having the Winged Pikmin ready to attack the Plasm Wraith when it takes flight will be a big help.

Use the correct Pikmin type to break the cores

Just like in the Story Mode, you'll have to break the Plasm Wraith's elemental cores. Having the wrong Pikmin go near a core of a different elemental type can be dangerous, but the crystal cores in particular can crush any non-Rock Pikmin, so watch out!

When the Plasm Wraith takes flight, it is the Winged Pikmin's chance to shine.

Register as a member and get all the information you want. (It's free!)
Login
Opinions about an article or post go here.
Opinions about an article or post
We at Game8 thank you for your support.
In order for us to make the best articles possible, share your corrections, opinions, and thoughts about "Plasm Wraith Guide: How to Beat the Final Boss" with us!
When reporting a problem, please be as specific as possible in providing details such as what conditions the problem occurred under and what kind of effects it had.